The mission of BOEM is to manage the exploration and development of the nation's offshore resources in a way that appropriately balances economic development, energy independence and environmental protection through oil and gas leases, and renewable energy development. 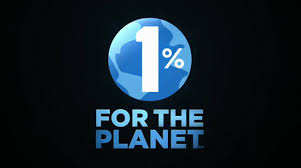 How's Your Community Doing?
Check Out it's
Community Vital Signs
behind the management of the nation's offshore resources is supported through environmental reviews and associated studies.

The Alaska Outer Continental Shelf Region of BOEM is offering a cooperative agreement opportunity to perform a investigation of the Arctic ecosystem by providing additional characterizations of the Chukchi and western Beaufort Regions, ecological linkages between the two seas, and identify factors forcing ecosystem response.

The goal of this study is to document and correlate fish and invertebrate species presence, abundance, distribution, and habitat in the Chukchi and Western Beaufort Sea OCS lease areas during the open-water season (and shoulder seasons when suitable).

A Brief Look on Workforce Funding

How Do You Bring Sexy Back to Civic Engagement?

Additional Information of Eligibility:
This financial assistance opportunity is being issued under a Cooperative Ecosystem Studies Unit (CESU) Program.

CESUâ¿¿s are partnerships that provide research, technical assistance, and education.