Based on the availability of funding, proposals from eligible EPSCoR jurisdictions will be accepted and awards selected through a merit-based, peer-review competition for a cooperative agreement of up to $100,000 over 12 months.The following are the specific objectives of NASA EPSCoR:• Contribute 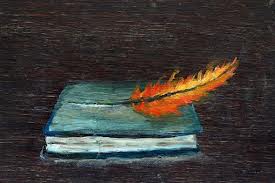 How's Your Community Doing?
Check Out it's
Community Vital Signs
to and promote the development of research capability in NASA EPSCoR jurisdictions in areas of strategic importance to the NASA mission;• Improve the capabilities of the NASA EPSCoR jurisdictions to gain support from sources outside the NASA EPSCoR program;• Develop partnerships among NASA research assets, academic institutions, and industry;• Contribute to the overall research infrastructure, science and technology capabilities of higher education, and economic development of the jurisdiction.Per Public Law 102-588, proposals will be accepted only from the 28 NASA EPSCoR Directors at the lead institutions for which they are currently serving.The NASA EPSCoR Directors from the following jurisdictions are eligible to submit one proposal to this NASA EPSCoR solicitation:
Alabama, Alaska, Arkansas, Delaware, Guam, Hawaii, Idaho, Iowa, Kansas, Kentucky, Louisiana, Maine, Mississippi, Montana, Nebraska, Nevada, New Hampshire, New Mexico, North Dakota, Oklahoma, Puerto Rico, Rhode Island, South Carolina, South Dakota, US Virgin Islands, Vermont, West Virginia, and Wyoming.

Philanthropy Giving as Victim of Recession

Details are available at: https://www.nsf.gov/od/oia/programs/epscor/Eligibility_Tables/FY2022_Eligibility.pdf