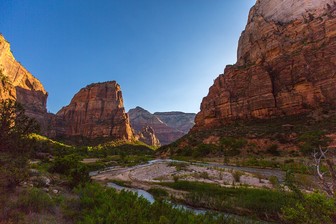 How's Your Community Doing?
Check Out it's
Community Vital Signs
set by the Department of the Interior, including creating a conservation stewardship legacy through preserving and cataloging precious park resources into Interior Collection Management System (ICMS).

Additionally this project ensures agency and park goals are continued and met.

This nationally significant media collection documents a wide array of resources and activities in the worldâ¿¿s first national park.

Subjects covered by the media collection include the 1988 fires--a watershed event in fire management not only for Yellowstone, but the entire resource management community; the reintroduction of the wolf--a capstone success for science, conservation, and resource management; bison management from the early 1930s through the present; and what may be the earliest audio recordings of YNPâ¿¿s geysers.

The records visually and aurally document the status and management of the unique resources for which the Yellowstone National Park Protection Act was passed in 187 2. This project is necessary to prevent loss from deterioration due to the inherent fragility of the original media as well as to make these uncatalogued collections fully accessible to park staff and the public.

According to a 2005 condition survey of the photograph and media collection, "the majority of the films examined were cellulose acetate .

Several of the films are now exhibiting the distinct vinegary smell associated with this "vinegar syndrome." The conservator also noted that "the archives films are haphazardly stored in poor quality boxes on open shelving.

Most of the films are in their original metal canisters and are on metal reels." There is also a large proportion of edited film that contains numerous fragile splicing.

These films are so fragile that they are difficult to handle and cannot be played for further evaluation.

Because of the fragility of the items treatment must occur before any actions can be performed, including cataloging the contents and digitization for access.

The 2005 condition survey did not address the extensive magnetic media such as audio cassette and video tapes.

However, according to the Association of Moving Image Archivists, "the shelf life of magnetic tape media is finite, and often shorter than expected.

Therefore, recorded tape documents must be copied to new media before decay precludes access." The bulk of Yellowstoneâ¿¿s magnetic media collection, including the entire oral history collection as well as the extensive video collection, is magnetic--and already well beyond the expected lifespan of the media; some may already be lost.

The National Media Laboratory states that the lifespan of most magnetic media is 10 to 20 years.

Cataloging, preservation storage of the originals and digitization for access is needed immediately to ensure that these resources remain usable to researchers WWUâ¿¿s Archives and Records Management Program is the only comprehensive graduate training program for archivists in the Northwest.

The course of study exceeds the standards of the Society of American Archivistsâ¿¿ â¿¿Guidelines for a Graduate Program in Archival Studiesâ¿.

Requirements include both a 500 hour internship and a masterâ¿¿s thesis, providing practical experience in an archives as well as an opportunity for original research and writing.

Socrates in the Spotlight

Additional Information of Eligibility:
Other Eligible Applicants include the following: Alaska Native and Native Hawaiian Serving Institutions; Eligible Agencies of the Federal Government; Faith-based or Community-based Organizations; Hispanic-serving Institutions; Historically Black Colleges and Universities (HBCUs); Indian/Native American Tribal Governments (Other than Federally Recognized); Regional Organizations; Tribally Controlled Colleges and Universities (TCCUs) ; U. S. Territory or Possession; Non-domestic (non-U.S.) Entities (Foreign Institutions) are not eligible to apply.Non-domestic (non-U.S.) components of U. S. Organizations are not eligible to apply.Foreign components, as defined in the NIH Grants Policy Statement, are not allowed.