To provide Federal financial assistance to any State or Territory (hereafter, &quot;States&quot;), through its appropriate State or territorial agency, to assist in the development of programs for the conservation of endangered and threatened species. 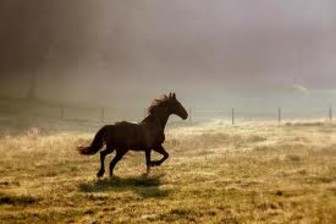 Most of the HCPs will address multiple species, many of them on a city, county or large watershed basis.

Some of these acquisitions support more than one endangered or threatened species, as well as, provide important habitat for migratory birds, other plants, and wildlife.

HCP Land Acquisitions in fiscal year 2008 will be used to help acquire vital habitat for threatened and endangered species ranging from red-cockaded woodpecker in Georgia to the Lake Erie water snake in Ohio.

The land acquired under the HCP Land Acquisition program are purchased only from willing sellers, and are intended to complement but not replace the conservation responsibilities contained in the HCP.

The assistance provided to the State fish and wildlife agency can include animal, plant, and habitat surveys; research; planning; monitoring; habitat protection, restoration, management, and acquisition; and public education.

Assistance is restricted to those State agencies with which the Fish and Wildlife Service has a current cooperative agreement for the species involved.

Young People, Men and Those without Kids More Likely to Opt Out of HIV Treatment in South Africa

Thousands in Nepal Hug Trees to Save Forests

Participation limited to State agencies that have a cooperative agreement with the Secretary of the Interior.

The annual Request for Proposals announced through www.grants.gov and posted to the U.S.

Fish and Wildlife Service Web site at http://www.fws.gov/endangered/grants/section6/index.html will describe the criteria that must be satisfied for a proposal to be eligible for funding.

All States that have entered into a cooperative agreement with the Secretary of the Interior.

A current cooperative agreement(s) between the Secretary of the Interior and the State Conservation agency(ies) concerning endangered and threatened species is necessary. Costs will be determined in accordance with 43 CFR Part 12, Subpart C,&quot;Uniform Administrative Requirements for Grants and Cooperative Agreements to State and Local Governments.&quot; Section 12.62 (of the common rule), identifies Federal cost principles for determining allowable costs. Separate agreements for animals and plants are normally made with each State's responsible agency.

The standard application forms furnished by the Federal agency and required by 43 CFR Part 12, Subpart C, &quot;Uniform Administrative requirements for Grants and Cooperative Agreements to State and Local Governments,&quot; must be used for this program.

An applicant should consult the office or official designated as the single point of contact in his or her State for more information on the process the State requires to be followed in applying for assistance, if the State has selected the program for review.

An applicant must complete the Standard Form (SF)424, and the appropriate Budget and Assurances forms (SF 424A and SF 424B - Non Construction; or SF 424C and SF 424D - Construction). The project description section of the application should address the evaluation factors indentified in the annual request for proposals that will be posted at www.grants.gov and to the U.S. Fish and Wildlife Service website at http://www.fws.gov/endangered/grants/section6/index.html.

Final selection is made by the Secretary of the Interior, based on recommendations by the Director or Regional Directors of the U.S. Fish and Wildlife Service. Funds are obligated by an authorized signature on an award agreement.

Variable. Information regarding deadline dates will be made available annually in the request for proposals posted at www.grants.gov and at the U.S. Fish and Wildlife Service Web site at http://www.fws.gov/endangered/grants/section6/index.html.

Information regarding approval/disapproval time frames will be made available annually in the request for proposals posted at www.grants.gov and at the U.S. Fish and Wildlife Service Web site at http://www.fws.gov/endangered/grants/section6/index.html.

Decisions can be appealed to the Fish and Wildlife Service, Chief, Endangered Species Division of Consultation, Habitat Conservation Planning, Recovery, and State Grants. Final determination rests with the Secretary of the Interior.

Renewals can be made through submission of a project proposal and approval of a grant award document.

States may receive up to 75 percent of the program costs. When two or more States have a common interest in one or more endangered or threatened species and enter into a joint agreement, the Federal share of the total project cost may be increased to 90 percent.

So much of the annual appropriation allocated for obligation to any State for any fiscal year as remains unobligated at the close thereof is authorized to be made available to that State until the close of the succeding fiscal year. Any amount allocated to any State which is unobligated at the end of the period during which it is available for expenditure is authorized to be made available for expenditure by the Secretary for conducting programs authorized by Section 6 of the Endangered Species Act.

A performance report is required for each project segment within 90 days following the close of the segment.

In accordance with the provisions of OMB Circular No. A-133 (Revised, June 27, 2003, &quot;Audits of States, Local Governments, and Non-Profit organizations,&quot; non-federal entities that receive financial assistance of $500,000 or more in Federal Awards will have a single or a program-specific audit conducted for that year. Non-federal entities that expend less than $500,000 a year in Federal awards are exempt from Federal audit requirements for that year, except as noted in Circular No. A-133.

Records must be maintained for 3 years following the submission of request for final reimbursement.

Endangered Species Act of 1973, 16 U.S.C. 1531 et seq., as amended; Land and Water Conservation Fund Act of 1965, 16 U.S.C. 4601, as amended; 50 CFR 81, The U.S. Fish and Wildlife Service Manual Chapter 521 FW 4 (http://www.fws.gov/policy/521fw4.html); The Wildlife and Sport Fish Restoration Program Toolkit (http://wsfrprograms.fws.gov/Subpages/ToolkitFiles/toolkit.pdf); and the annual request for proposals posted at www.grants.gov and at the U.S. Fish and Wildlife Service web site at http://www.fws.gov/endangered/grants/section6/index.html.

Proposals for grant funding must be submitted by the State fish and wildlife agency. The State must have an approved cooperative agreement with the Secretary of the Interior which provides for sharing responsibilities for endangered species, prior to receiving Cooperative Endangered Species Conservation Fund (section 6 of the Endangered Species Act) funds. Individual project proposals must compete with other State submissions for funding.