To produce geologic maps of areas in which knowledge of geology is important to the economic, social, or scientific welfare of individual States.

STATEMAP supports: (1) projects which produce new geologic maps with attendant explanatory information including correlation of map units, description
of map units and symbols, stratigraphic columns, geologic sections, and other pertinent information; and (2) projects which compile existing geologic data in a digital form at a scale of 1 to 100,000 for inclusion in the National Digital Geologic Map Database.

STATEMAP Two types of projects are supported by this program: (1) those which produce new geologic maps with attendant explanatory information, and (2) those which compile existing geologic data in a digital form at a scale of 1 to 100,000 for inclusion in the National Geologic Map Database.

Only one application will be accepted from each State, however, each proposal can have four sub- projects; three for new geologic mapping and one for compilation.

State proposals cannot include in-kind services by the Geological Survey.

Travel to meetings of professional societies is not an acceptable expense for the program, nor are funds intended for the purchase of computer hardware, software, or other nonexpendable property.

EDMAP Only one cooperative agreement will be awarded to each academic institution, but the agreement may consist of more than one project, more than one faculty supervisor and several students.

Proposals cannot include a request for in-kind services by the Geological Survey.

Funds are not intended for the purchase of capital equipment.

Does Gaming Have a Long-Lasting Impact on Our Environment?

STATEMAP program is restricted by statute to State geological surveys.

Where State surveys are organized under a State university system, an application may be submitted by a State college or university on behalf of the State geological survey.

EDMAP program is restricted to universities with geoscience or related departments or programs.

State geological surveys participating in this program and the general public will ultimately benefit from this program.

Proposals must include copies of letters of support, figures, tables, and application form SF 424 and 424-B. Proposals including forms cannot exceed 35 pages for STATEMAP and 15 pages for EDMAP.

Notification of an award is by receipt of a cooperative agreement signed by a contracting officer.

Cooperative agreements will normally be awarded in 12-month budget periods.

STATEMAP and EDMAP All deliverables (geologic maps and accompanying information) are due on or before the last day of the grant year.

The recipient of the grant shall use Standard Form (SF) 270, Request for Advance or Reimbursement, to request payment under all resulting awards.

The SF-270 shall be submitted to the Administrative Contracting Officer (ACO) whose address will be identified in the award document.

Submit the SF-270 no more frequently than quarterly.

The recipient shall submit a completed SF-269A, Financial Status Report, to the ACO within ninety (90) days after the end of the performance period.

Applicants agree to give the sponsoring agency, the Comptroller General or other authorized audit agency access to and the right to examine records related to the award. Awards to educational institutions and nonprofit organizations are subject to the audit requirements of OMB Circular No. A-110, or superseding regulations. In accordance with the provisions of OMB Circular No. A-133 (Revised, June 27, 2003), &quot;Audits of States, Local Governments, and Non-Profit Organizations&quot;, nonfederal entities that receive financial assistance of $500,000 or more in Federal awards will have a single or a program-specific audit conducted for that year. Nonfederal entities that expend less than $500,000 or more in Federal awards are exempt from Federal audit requirements for that year, except as noted in Circular No. A-133.

All records must be maintained for 3 years after submission of the final financial report.

The criteria for selecting proposals for both STATEMAP and EDMAP are released in Geological Survey Program Announcements in mid summer and can be obtained from Lydia Quintana, Geological Survey, National Center 908, 12201 Sunrise Valley Drive, Reston, VA 20192, or can be found at http://www.usgs.gov/contracts. 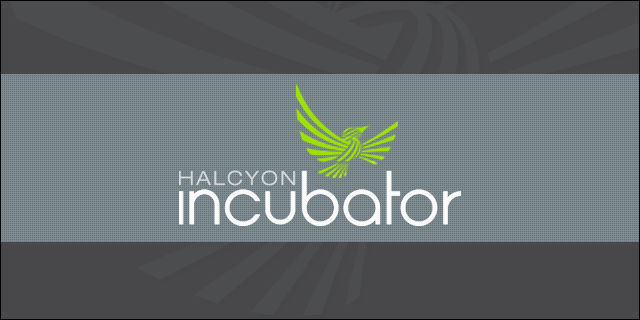 Washington, D.C. based incubator for social entrepreneurs, Halcyon Incubator, has selected seven ventures to move into the newly renovated Halcyon House in September for its inaugural class of fellows.