The Office for Victims of Crime (OVC), U.S.

OVC annually awards a grant to each state, the District of Columbia, the U.S.

These programs help pay for some of the expenses resulting from crimes involving violence or abuse.
Related Programs

Program funds State formula grants to be used for crime victim compensation only.

Grants for this Program
Agency - Department of Justice

Funds under this program shall be used by the States for awards of compensation benefits to crime victims, with the following exception: States may retain up to 5 percent of their total grant for administrative and training purposes.

As provided in recent VOCA amendments, formula grant funds to an eligible State crime victim compensation program is based on 60 percent of the amounts States expended during the fiscal year preceding the year of collections for the Crime Victims Fund, other than amounts awarded for property damage.

If the sums available in the Fund for grants under this program are insufficient to provide grants of 60 percent as provided above, grants from the sums available will be made to each eligible crime victim compensation program so that all such programs receive the same percentage of the amounts awarded by such programs during the preceding fiscal year, other than amounts awarded for property damage.

As used in this section; (1) the term &quot;property damage&quot; does not include damage to prosthetic devices, eyeglasses or other corrective lenses, or dental devices; (2) the term &quot;medical expenses&quot; includes, to the extent provided under the eligible crime victim compensation program, expenses for eyeglasses and other corrective lenses, for dental services and devices and prosthetic devices, and for services rendered in accordance with a method of healing recognized by the law of the State; (3) the term &quot;compensable crime&quot; means a crime the victims ofwhichareeligiblefor compensation under the eligible crime victim compensation program, and includes crimes involving terrorism, driving while intoxicated, and domestic violence; and (4) the term &quot;State&quot; includes the District of Columbia, the Commonwealth of Puerto Rico, and any other possession or territory of the United States.

Goodwill Centre for Social Enterprise and the Environment

States, the District of Columbia, the Commonwealth of Puerto Rico, the U.S.

Virgin Islands, Guam, and any other possession or territory of the United States who have an established eligible crime victim compensation program, and who meet the eligibility requirements discussed above.

The Governor designated State agencies are required to submit the following information and assurance along with the application for assistance: (1) a statement certified by the individual designated by the Governor to administer the VOCA crime victims compensation grant. This statement should specify the total amount of money spent by the program from State funding sources for crime victim compensation awards in the Federal fiscal year October 1, 2004-September 30, 2005; (2) the amount of such compensation paid for &quot;property damage&quot;; (3) the total amount and each source of revenue for the program; (4) a copy of the State statute or other legal authority establishing the program and any amendments thereto, and (5) an assurance that funds received under the Act will not be used to supplant State funds otherwise available for crime victim compensation. Costs will be determined in accordance with OMB Circular No. A 87 for State and local governments.

The standard application forms as furnished by the Federal agency in accordance with 28-CFR, Part 66 (Common Rule), must be used for this program.

The applicant applies on-line at http://ojp.usdoj.gov under &quot;Grants/Funding&quot; once posted by the Office for Victims of Crime.

An award is granted by the Director of the Office for Victims of Crime, the Office of Justice Programs. The award must be accepted and signed by the applicant with assurance of compliance with standard and special conditions of the grant award.

Contact the Headquarters Office. Eligible State victim compensation programs will be notified of the date for submission of applications through an OVC listserv message.

Hearing by the Assistant Attorney General, Office of Justice Programs.

Awards are for the year of award plus 3 years. Applications will be annually.

The formula will be based on 60 percent of the amounts awarded by the State from State funding sources during the preceding fiscal year, other than amounts awarded for property damage. The State must certify that the Federal funds received under the program will not supplant State funds otherwise available for victim compensation. Fund availability may require a base change. Section 1403(a)(2).

Compensation funds may be carried forward for obligation by the grantee for 3 years subsequent to the fiscal year of award. Funds are released via electronic funds transfer. States must be enrolled in the Automated Clearinghouse (ACH) Vendor Express Program to request any Federal funds.

Both quarterly and final financial status reports are required as stipulated in the effective edition of the OJP Financial Guide.

In addition, an annual program performance report to OVC on the effect that the Federal funds had on the program will be required as stipulated in the Program Guidelines/Rules.

All organizations that expend $300,000 or more in federal funds per organizational fiscal year must have a single audit for that year in accordance with OMB Circular No. A-133, as amended. The audit report and transmittal letter must be submitted within 9 months from the end of the state fiscal year.

The annual program reporting requirement and accounts concerning the expenditures of the award shall be maintained during the award and retained for three years thereafter.

Each State receives 60 percent of its prior year payout of State compensation funds.

Program Guidelines/Rules are published in the Federal Register. The OJP Financial Guide is available at http://www.usdoj.gov/oc, or call the Office of the Comptroller, Customer Service Center at (1-800) 458-0786 to request a copy.

Criteria are established by the Victims of Crime Act of 1984, as amended, and Program Guidelines/Rules published in the Federal Register. 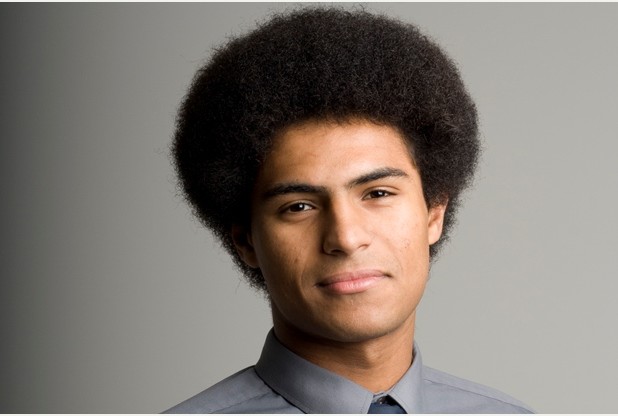 Emeka Forbes from Etruria, Staffordshire, England is an 18-year-old entrepreneur who is known for developing the Capturate.com site because of his love for photography. He has recently launched a new venture operating as a social enterprise called Young Creatives.