To curb the illicit trafficking and indiscriminate use of conventional weapons of war that contribute to internal instability; pursue such weapons and help the clean-up efforts that occur in post-conflict settings; and engage civil society to expand support for U.S. 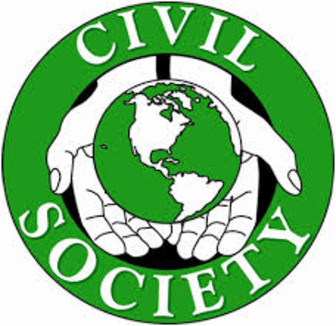 Fiscal Year 2010: Laos:
Due to the heavy human population residing on contaminated land in Laos the Office of Weapons Removal and Abatement in the U.S.

Department of State s Bureau of Political-Military Affairs funds a variety of projects which include clearance, mine-risk education, and victim s assistance.

These projects include such activities as training and managing teams to conduct UXO clearances, technical surveys of the land, and extensive risk education with medical, economic, and technical assistance to survivors.

In addition, survivors of explosive remnants of war (ERW) received housing assistance as well as health, agricultural, and vocational information from trained officials.

The Laos projects received over $2.4 million dollars in funds to complete these objectives.

Fiscal Year 2011: There will be a heavy focus on projects within Afghanistan and Iraq.

Fiscal Year 2012: There will be a heavy focus on projects within Afghanistan and Iraq.

Fiscal Year 2010: The funds assisted countries in removing the harmful global effects of conventional weapons, both in their existence as explosive remnants of war (ERW) and in stockpiles at-risk for proliferation to terrorists and criminals. Key achievements of CWD global resources used in FY 2010 included significant program support of the programs in Iraq and Afghanistan: Despite a government of Iraq ban on demining that was in place at the beginning of FY10, State Department-funded NGOs managed to clear more than 18 million square meters of landmines and unexploded ordinance. This will save countless Iraqis from death or injury and will boost economic and agricultural productivity. Iraq remains heavily contaminated by ERW, but with WRA funded assistance, NGOs provided mine risk education to nearly 35,000 Iraqis, another step to saving lives and limbs ahead of actual land clearance. WRA also trained more than 350 Iraqi officials or teachers in governments from the national to the local level on how to implement ERW programs. Lastly, WRA funded the UNDP s Iraqi mine action team which works closely with the national government in Baghdad to help develop and implement effective and transparent procedures for the registration and licensing of demining entities and the supervision and documentation of all mine action activities in Iraq. Fiscal Year 2011: Estimated grants amount: $110 million. Fiscal Year 2012: Estimated grants amount: $105 million.

Older Grandfathers Prone to Having Grandkids with Autism

All projects must have a clear focus and in some way be related to one of the following: landmine clearance, weapons destruction, small arms and light weapons disposal, landmine and unexploded ordinance disposal surveys, mine risk education, and victims assistance.

See Grants.gov; any recipient involved in demining and small arms disposal has to have documented disposal experience and credentials. OMB Circular No. A-87 applies to this program.

Statutory formulas are not applicable to this program.
Matching Requirements: Dependent upon grant. See grants.gov for specific requirements.
This program does not have MOE requirements.

Funds are generally for one year. See the following for information on how assistance is awarded/released: Depends upon grantee status, type of project, and amount of funds.

Quarterly narrative and financial reports are required as well as a final project report with clear and measureable deliverables.

Quarterly narrative and financial reports are required as well as a final project report with clear and measureable deliverables.

Quarterly financial reports are required as well as a final project report with clear and measureable deliverables.

Measurable deliverables must be established for all programs.

In accordance with the provisions of OMB Circular No. A-133 (Revised, June 27, 2003), &quot;Audits of States, Local Governments, and Non-Profit Organizations,&quot; nonfederal entities that expend financial assistance of $500,000 or more in Federal awards will have a single or a program-specific audit conducted for that year. Nonfederal entities that expend less than $500,000 a year in Federal awards are exempt from Federal audit requirements for that year, except as noted in Circular No. A-133. All international grantees that are not bound by OMB Cicular No. A-133 must agree in their terms and conditions to similar audit requirements. Grants will not be awarded to organizations that refuse to comply with audit requirements.