To encourage and promote "cutting edge" innovation in the field of Agriscience.

Fiscal Year 2009: Not Applicable. Fiscal Year 2010: This is the inaugural year of the Awards. The Awards are intended to recognize, through eight monetary awards and research funds, two adult scientists and provide research funds; three current secondary school educators; and three current secondary school students who are judged to exemplify excellence in the field of Agriscience and to highlight the importance of agriculture in the 21st century.

Patricia Kennedy, Ph.D., Professor in the Department of Fisheries and Wildlife at Oregon State University, Eastern Oregon Agricultural Research Center, Union, OR, was awarded the $25,000 Distinguished Agriscience Scientist Award. Dr. Kennedy has a unique faculty position; she is one of the few wildlife biology faculty at a land grant institution who is stationed at an Agricultural Experiment Station. She represents the future of these stations where research into agricultural sustainability requires both a commodity and ecological perspective. Dr. Kennedy is renowned for her practical and proactive approach to endangered species management, with research aimed at reducing the need to list wildlife as threatened or endangered. Currently, Dr. Kennedy directs a variety of collaborative investigations on management alternatives that promote sustainable livestock and crop production in the inter-mountain west. Dr. Kennedy will also receive up to $25,000 in research funds.


Uses and Use Restrictions

Restrictions apply to Research projects only, as described below.

Research project funds only: Additional funds for the scientist/researcher project will be released in increments based on the progress of the research, not to exceed two years, with a final report on the results due upon completion.

How is Community Economic Development Defined?

Clemson University Researcher to Speak on Quality Improvement Programs in Hospitals across U.S.

The Sandwich Generation in Social Enterprises

In public/private partnership with the American Farm Bureau Federation, the Foundation will present eight Agriscience Awards to U.S. citizens permitted by their employer or any other relevant authority to accept a monetary award bestowed by the Christopher Columbus Fellowship Foundation, a Federal government agency. Eight monetary awards and research funds will be presented as follows: Two $25,000 Distinguished Agriscience Scientist Awards will be presented to adult scientists who are making or have recently made significant and positive contributions in the field of agriscience. In addition, $25,000 will be presented to each scientist recipient to be used to hire a graduate student/researcher to assist with a specific research project or to be used toward the project itself. The awards will provide incentive for continuing the research. Three $10,000 Agriscience Educator Awards will be presented to three current secondary school educators, with at least 5 years of teaching experience, and who emphasize concepts, principles and applications in their curriculum to promote the study of agriscience to students. Three $5,000 Agriscience Student Awards will be presented to current secondary school students who are making or have recently made significant and positive contributions related to the study of agriscience.

Preapplication coordination is not applicable.

The Awards are sponsored by a public-private partnership between the Foundation and the American Farm Bureau Federation. All Nominations are read by the Board of Trustees of the Christopher Columbus Fellowship Foundation to select the Semifinalists. Nominators are notified of any the Nominee s selection as a Semifinalist and asked to provide background material to support the Nomination. A national Evaluation Committee reviews, ranks and comments on each Semifinalist. The Board of Trustees ultimately selects the winners of each award. The Award were presented in Washington, D.C., on July 12, 2010.

Direct lump sum payments to researchers, educators and students. Research projects - see below. See the following for information on how assistance is awarded/released: Research projects only - funds will be distributed for up to 2 years based on the progress of the project.

Program reports are not applicable.

Progress reports are required for the research projects only for up to 2 years of the project.

Expenditure reports are not applicable.

Performance monitoring is not applicable. 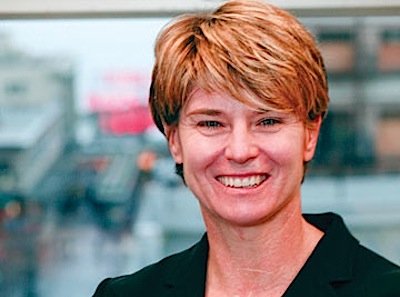 Declara’s founder Ramona Pierson has recently raised a new $16 million for her company to further its global operations and build out a smarter team.