The Institute supports research, education, training and dialogue programs in the United States and abroad on international peace and conflict resolution.

A grant to fund research on armed non-state actors, attempts to disarm or demilitarize such actors, and the sequencing of such attempts in relation to political negotiations.

Drawing upon lessons from cases in Southwest Africa and Northern Ireland and from the direct experience of project team members in those cases, the study will focus particular attention on the evolving experience with Hizballah in Lebanon.

A summer workshop, to promote cooperative security in South Asia through dialogue.

It will focus on traditional security issues and will bring together young scholars and analysts from South Asia for a candid, sustained dialogue on sources of insecurity in the region.

A project in the Warri region of Nigeria's Niger Delta to address the need for reconciliation following violence among Ijaw, Itsekiri and Urhobo ethnic groups.

A project to promote reconciliation in Lebanon through the collection and discussion of documents and testimonies on the Lebanese civil war.

The Unsolicited Grant Program has made more than 1150 awards. Grantees have produced more than 280 books, 360 articles, and 118 unpublished monographs and manuscripts. In addition, grantees have completed two simulations; 40 sets of curriculum material; one directory entitled Guide to Peace Research in Western Europe; and one conference report on Peace and Security in the Asia Pacific Region.

Funding is available for any project that falls within the Institute's broad mandate of international conflict resolution.

Unsolicited grants are offered across a broad range of relevant disciplines, skills, and approaches.

Topic areas of interest to the Institute include, but are not restricted to, the origins of conflict, the role played by religious, ethnic, economic, political, social, and environmental factors in generating or accelerating conflict within, between, or among states; international conflict management; diplomacy; negotiation theory; Track Two (unofficial) diplomacy; methods of third-party dispute settlement; international law; international organizations and collective security; deterrence and balance of power; arms control; psychological theories about international conflict; the role of nonviolence and nonviolent sanctions; moral and ethical thought about conflict and conflict management; the role of peacekeeping, humanitarian intervention, and postconflict peace building; and theories about relationships among political institutions, human rights, and conflict.

Priority is accorded to projects that have practical applications and that may be useful for policymakers.

What\'s in the Federal Budget 2014 for Women and Families?

Five Ways to Beam a Social Message Around the World

Next NYC Mayor to Address Growing Rates of Family Homelessness

The Institute may provide grant support to nonprofit organizations, public institutions, and individuals both U.S.

and foreign including the following: civil society organizations; institutions of secondary, postsecondary, and community education; public and private education, training, or research institutions; libraries; and public departments and agencies (including U.S.

state and territorial departments of education and commerce).

or foreign, are not eligible to receive Institute funds.

government employees should contact the Grant Program staff prior to submission of an application to determine their eligibility.

All applicants must submit their project on an official application form (last revised February 2004, with accompanying documentation as described therein.

Most grant proposals are vetted through a rigorous, multi-stage process of review, which may include consideration by independent experts and professional staff at the Institute. Proposals are grouped by theme or regional focus and sent to relevant external experts for their evaluation. The final authority for decisions about grants rests with the Board of Directors. Outside review of an application may also be sought as part of the review process.

The Unsolicited application deadline is October 1 (or the next business day if the date falls on a weekend or a U.S. holiday). This is a receipt deadline not postmark deadline.

Grantee may submit an application for renewed funding after all requirements on the previous grant are fulfilled. Renewed funding request will be submitted to the Board of Directors for review. Grantees may request an extension of an ongoing project by submitting a letter to the Director of the Grant Program.

This program has no statutory requirements.

Grants are typically one year in duration, however, short and long-undertakings are also appropriate. Funds are released according to the schedule negotiated between USIP and the grantee. All funds must be spent or obligated within the established grant period.

Interim performance reports - narrative and financial - are submitted according to the schedule negotiated between USIP and the grantee.

Final reports are due 90 days after the end of the grant period.

In accordance with the provisions of OMB Circular No. A- 133 (Revised, June 27, 2003), &quot;Audits of States, Local Governments, and Non-Profit Organizations,&quot; non federal entities that expend financial assistance of $500,000 or more in Federal awards will have a single or a program-specific audit conducted for that year. Nonfederal entities that expend less than $500,000 a year in Federal awards are exempt from Federal audit requirements for that year, except as noted in Circular No. A-133.

Financial records, supporting documentation, statistical records, and all other records pertinent to the grant shall be retained by the grantee for 3 years following the submission of the final report of project expenditures.

The average award in the Unsolicited Grant Program is $38,000. The actual amount of any grant is based on the proposed budget and subsequent negotiations with successful applicants. 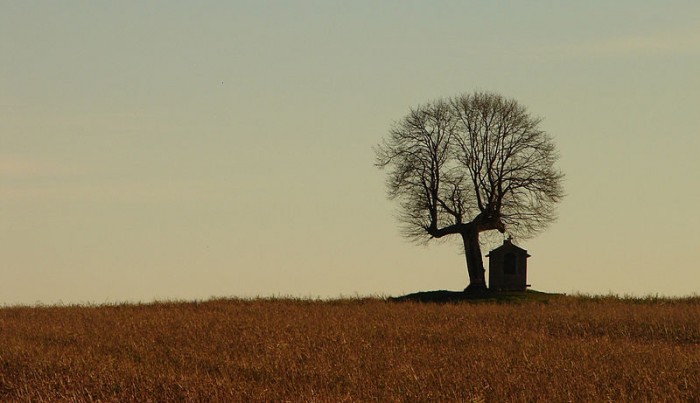 Oksigen Lab, an incubator and research lab for social entrepreneurship based in Brussels, presented new findings of social enterprises in Belgium for relevant stakeholders.