To provide support for education and training, research, and public information on international peace and conflict resolution and on themes and topics identified by the institute.

A grant to gain a comprehensive understanding of the growing tensions between the majority Muslim and minority Christian communities in Mangochi District in southern Malawi.

A grant to examine and evaluate the outreach and legacy programs of the Special Court for Sierra Leone.

A project to build conflict resolution capacity at the grassroots level and to create awareness among people of their rights and responsibilities under the new political order in Sudan.

A project to promote understanding of the new constitution in Liberia.

The project will produce two publications: an annotated compilation of the records of the proceedings that gave rise to the Liberian constitution and an analytical commentary on the constitution's meaning for use by lawyers, judges, law professors and government officials.

The Solicited Grant Program has made more than 424 awards. Grantees have produced more than 79 books, 174 articles and 114 unpublished monographs and manuscripts.

Funding for projects relating to Iran.

Priority will be given to initiatives focusing on Iranian relations with the West and with its neighbors in the region, and on Iran's role in regional and international affairs.

World Leaders and Celebrities Band Together To #BringBackOurGirls

Top Tips for Social Enterprises that Work for Young People

For, Colombia, Iraq, Nigeria, Pakistan and Sudan, preference will be given to applications submitted by non-profit organizations based in those countries or to groups that partner with them.

For Iran and the countries above, applicantions maybe submitted by nonprofit organizations, public institutions, and individuals.

Grantees may be U.S.

All applicants must submit their project on an official application form (last revised February 2004), with accompanying documentation as described therein.

Proposals submitted to the Solicited Grant Initiative will first be discussed with, and reviewed by, Grant program staff. In the event of a successful review, applications will be forwarded for further review to experts outside of USIP. During the review process, staff may contact applicants to request further information. Final approval of funded projects will be contingent upon further review and approval by USIP's executive officers and Board of Directors. For previous grantees, evaluations of their earlier grants will be conducted before final decisions will be made.

Grantees may submit an application for renewed funding after all requirements on the previous grant are fulfilled. Renewed funding requests will be submitted to the Board of Directors for review. Grantees may request an extension of an ongoing project by submitting a letter to the Director of the Grant Program.

This program has no statutory requirements.

Grants are typically one year in duration, however, short and long-term undertakings are also appropriate. Funds are released according to the schedule negotiated between USIP and the grantee. All funds must be spent or obligated within the established grant period.

Interim financial and performance reports are submitted according to the schedule negotiated between USIP and the grantee.

Final financial and performance reports are due 90 days after the end of the grant period.

In accordance with the provisions of OMB Circular No. A- 133 (Revised, June 27, 2003), &quot;Audits of States, Local Governments, and Non-Profit Organizations,&quot; non federal entities that expend financial assistance of $500,000 or more in Federal awards will have a single or a program-specific audit conducted for that year. Nonfederal entities that expend less than $500,000 a year in Federal awards are exempt from Federal audit requirements for that year, except as noted in Circular No. A-133.

Financial records, supporting documentation, statistical records, and all other records pertinent to the grant shall be retained by the grantee for 3 years following the submission of the final report of project expenditures.

The average award in the Solicited Grant Program is $40,000, although somewhat larger grants are also awarded. The actual amount of any grant is based on the proposed budget and subsequent negotiations with successful applicants.

In evaluating grant applications, central concerns will include: 1) the significance of the project to the subject areas of special interest of the solicitation; 2) evidence that the project will not simply duplicate existing knowledge or programs; 3) the likelihood that the project will make a significant contribution to the field in scholarship and knowledge; 4) the usefulness of the proposed product in fulfilling the Institute's mandate. The Institute is particularly interested in proposals that envision a specific product of enduring value. 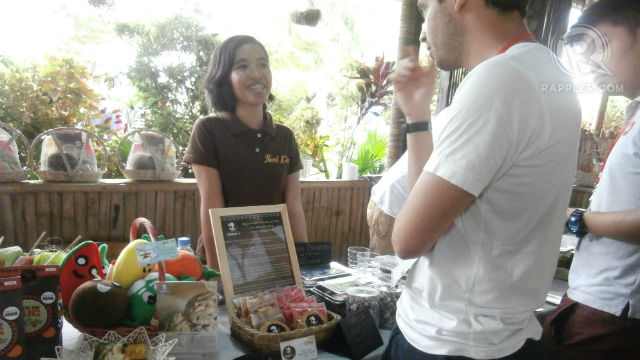