To promote improved health care among American Indians/Alaska Natives through special diabetes prevention and treatment services projects with objectives and priorities determined at the local level.

The funding mechanism is a competitive
grant program that will provide funding to selected SDPI grantees for a demonstration project to implement and evaluate defined activities in two areas - primary prevention of diabetes in people with prediabetes and prevention of cardoivascular disease in people with diabetes.
Examples of Funded Projects

The award amount will include both direct and indirect costs.

Grant funds may not be used for any other purpose.

Funding may not be used as matching funds for other Federal programs.

Mapping the Homelessness Problem in America

Global Environmental Perspectives on Human Biology and Health around the World

This includes program under a contract, grant, cooperative agreement or compact with the IHS under the Indian Self-Determination Act; and Urban Indian organizations that operate an urban Indian Health program.

This includes programs under a grant or contract with the IHS under Title V of the Indian Health Care Improvement Act.

American Indians/Alaskan Natives will be the ultimate beneficiaries of the funded projects through either prevention or direct treatment services.

The preferred method for receipt of applications is electronic submission through Grants.gov. However, should any technical problems arise regarding the submission, please contact Grants.gov Customer Support at 1-800-518-4726 or support@grants.gov. The Contact Center hours of operation are Monday-Friday from 7:00 a.m. to 9:00 p.m. (Eastern Standard Time). If you require additional assistance please contact Michelle G. Bulls, Grants Policy Officer at (301) 443-6528 at least fifteen days prior to the application deadline. To submit an application electronically, please use the http://www.Grants.gov apply site. Download a copy of the application package, on the Grants.gov website, complete it offline and then upload and submit the application via the Grants.gov site. You may not e-mail an electronic copy of a grant application to us. This program is subject to the provisions of either 45 CFR 92 or 45 CFR 74, depending upon the type of applicant organization. Applications will be reviewed by the Division of Grants Operations in Headquarters East, Indian Health Service, for eligibility and compliance with the announcement. Chief Medical Officers (CMOs) and Area Diabetes Consultants (ADCs) in IHS Area Offices will be responsible for programmatic review, addressing the soundness of the proposed services, compliance of proposed service with the legislation, and recommending the proposed costs. Applications will be rated not ranked. Grants will be awarded based on CMOs and ADCs acceptance of the applications.

After review and approval, a notice of this grant award is prepared and processed along with the appropriate notification to the public.

Contact the Division of Grants Operations, Headquarters Office for information regarding application deadline dates. Deadline dates are also noted in the grant announcement.

Funds are expected to be awarded no later than 45 days after complete applications are received. Awards could be delayed for applications not meeting initial approval.

At a minimum the interim Program Progress Report must include: 1) progress made to date on the current budget year's goals and objectives, 2) description of community collaborations, and 3) diabetes prevalence.

The Work Plan will describe how the grant funds will be used to continue activities and/or enhance new activities.

The Budget Justification must explain all proposed costs.

In addition, all competitive grant programs are required to complete and submit an annual Assessment Tool.

In accordance with the provisions of OMB Circular No. A-133 (Revised, June 27, 2003), &quot;Audits of States, Local Governments, and Nonprofit Organizations,&quot; non-federal entities that expend financial assistance of $500,000 or more in Federal awards will have a single or program-specific audit conducted for that year. Non-federal entities that expend less than $500,000 a year in Federal awards are exempt from Federal audit requirements for that year, except as noted in Circular No. A-133. In addition, grants and cooperative agreements are subject to inspection and audits by DHHS and other Federal government officials.

Financial records of the grant must be retained for 3 years after submission of the final expenditure report. If questions remain, such as those resulting from an audit, pertinent records must be kept until the matter is resolved. The Secretary, the Inspector General of the Department of Health and Human Services, and the Comptroller General of the United States or any of their authorized representatives shall have the right to access all records, reports, books, documents, papers, or other records of the grantee, contractor, or subcontractor, or of any entity pertinent to the DHHS grant in order to make audits, examinations, excerpts, and transcripts. In accordance with 45 CFR 92 or 45 CFR 74, Subpart D, as applicable, grantees are required to maintain grant records for 3 years after they submit their final expenditures report. If any litigation, claim, negotiation, audit or other action involving the records have been started before the end of the 3-year period, the records must be retained until completion of the action and resolution of all issues arising from it, or until the end of the regular 3-year period, whichever is later. 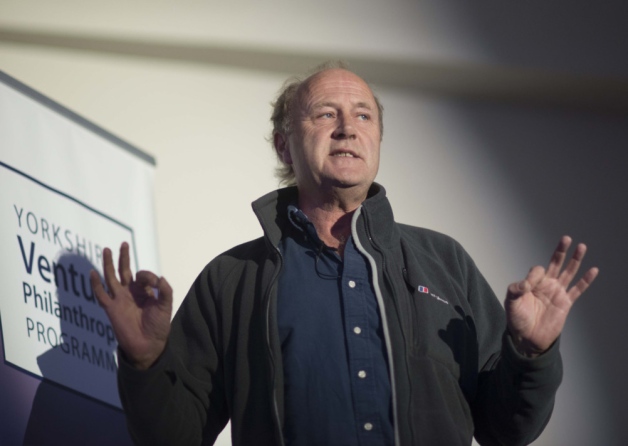 Founder of the Eden Project, Sir Tim Smit, supported the Yorkshire Venture Philanthropy (YVP) investment program launch, which is designed to improve funding in social enterprises within the region.