scientists and their counterparts abroad. 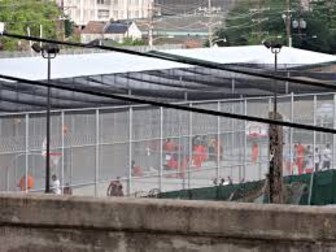 The research portfolio is divided into several programs that support a wide variety of funding mechanisms to meet programmatic objectives.
Examples of Funded Projects

The AIDS International Training and Research Program (AITRP), led by FIC and in partnership with nine NIH institutes, supports research training that is critical to advancing the AIDS research agenda abroad.

For example, with FIC support, investigators at the University of Nairobi and University of Washington have evaluated the rates of HIV transmission to infants through breastfeeding.

In the new study, pregnant HIV-infected women joined groups that would either breastfeed or formula feed their infants.

Among infants born to mothers in the breast-feeding group the risk of becoming HIV-infected increased by 76% in contrast to the formula fed group.

Overall, 44 % of the HIV infections in infants born to mothers in the breastfeeding group were due to breast milk.

This study clearly shows the need to prevent breast milk transmission and has major implications for development and deployment of public health interventions in resource-poor settings.

Additional studies are now underway to address the related and complex social and economic implications on infant feeding.

The International Cooperative Biodiversity Groups (ICBG) program is a unique effort, administered by the FIC, to integrate improvement of human health through drug discovery, incentives for ecological conservation, and new models of sustainable economic activity that focus on the environment, health, and equity.

This program is based on the belief that the discovery and development of pharmaceutical and other useful agents from natural products can, under appropriate circumstances, promote sustained economic growth in developing countries while conserving the biological habitats from which these products are derived.

The ICBG program is a partnership amongst nine Institutes and Centers of the National Institutes of Health (NIH), as well as the National Science Foundation (NSF) and the U.S.

To date, over 5,000 species of plants, animals and microorganisms have been examined for biological activity in more than 22 different therapeutic areas.

Numerous publications in chemistry, biodiversity policy, conservation and ethnobiology have emerged from the funded ICBG groups.

An example of such accomplishment includes efforts by researchers at Walter Reed Army Institute of Research to characterize a new mode of action for treatments against leishmaniasis and related parasitic diseases, and isolate promising lead compounds for this and other areas from traditional plant use in West Africa.

Another example can be found in the stimulus and coordination of efforts for a new marine and terrestrial national park in Panama to protect 2600 square kilometers containing high biodiversity and many endemic species that will preserve the habitat for research projects like the ICBG, as well as other non-destructive activities.

In 2005, this park was designated a UNESCO World Heritage Site.

The first 12 projects supported by this interdisciplinary program will assess how large-scale man-made environmental events, such as habitat destruction, urban sprawl, water pollution, introduced species and agricultural intensification, all contribute to the emergence and spread of emerging infectious diseases in animals and humans.

With FIC support, scientists at Case WesternReserveUniversity and the Institute of Medical Research in Papua New Guinea have discovered a new mutation in a gene for the Duffy blood group that reduces susceptibility of red blood cells to malaria caused by Plasmodium vivax (P.vivax).

This parasite must interact with the Duffy blood group factor on cells in order to infect them.

Genetic epidemiologists have demonstrated that individuals with two copies of the mutant gene are resistant to P.vivax infection.

Targeting the parasite's Duffy-binding protein and its interaction with the Duffy blood group may be a productive strategy for developing a vaccine for vivax malaria.

The insights from this study not only suggest that it is feasible, but represent a conceptual model for addressing the more virulent malaria parasite, Plasmodium falciparum.

These grants are awarded to universities; colleges; medical, nursing and dental schools; hospitals; and other non-profit and for-profit institutions.

Rx: Housing Gets Homeless People off the Streets

Social Value Act: What Has Its Impact Been Since It Came Into Legislation?

The grantee institution must agree to administer the grant in accordance with prevailing regulations and policies.

The eligibility requirements may differ amongst FIC programs, based on the eligibility section found in our Requests For Applications (RFAs) and Program Announcements (PAs) at: http://www.fic.nih.gov/funding/index.htm .

Any non-profit or for-profit organization, company or institution engaged in health and biomedical research.

Applications for research grants must present the objectives, methodology, and resources for the specific research project, and must demonstrate the applicant's competence and interest. For training grants, the applicant's academic record, research experience, and the proposed area and plan of training must be included in the application. The applicant institution must present the objectives, training program, and resources for the research-training program, the research qualifications and experience of directing staff in training students (the criteria to be used in selecting individuals for awards), a detailed budget, and justification for the amount of grants funds requested. Costs will be determined in accordance with OMB Circular A-21 - Cost Principles for Educational Institutions, Circular A-110 - Uniform Administrative Requirements for Grants and Other Agreements with Institutions of Higher Education, OMB Circular A-122 for Nonprofit Organizations, Circular A-102 - Grants and Cooperative Agreements with State and Local Governments, and Circular A-87, Cost Principles for State, Local and Indian Tribal Governments. For-profit organizations' costs are determined in accordance with Subpart 31.2 of the Federal Acquisition Regulations. For other than State and local government grantees, costs will be determined by Health and Human Services (HHS) Regulations 45 CFR, Part 74, Subpart Q.

Standard application forms, as required by 45 CFR, Part 74 and 92, must be used for this program. Detailed instructions for submitting applications to our programs are provided in our Requests For Applications (RFAs) and Program Announcements (PAs) at: http://www.fic.nih.gov/funding/index.htm .

Applications are reviewed initially for scientific and technical merit. This is followed by a second level review by the FIC Advisory Board.

An application deadline date will appear in the RFA or PA for each competition. The RFAs and PAs can be found at: http://www.fic.nih.gov/funding/index.htm .

Grants: From six to nine months.

A Principal Investigator (PI) may question the substantive or procedural aspects of the initial scientific review of his or her application by communicating with FIC staff.

This Program has no statutory formula or matching requirements.

Approval of a project includes determination of support for the authorized project period (not to exceed five years). Awards to support the project are made on an annual basis. At the time of initial award, the grant provides funds for the conduct of the project during the first budget period (usually 12 months) and the Notice of Grant Award (Form PHS-1533) indicates the support recommended and expected to be made available for the remainder of the project beyond the approved project period. Funds are disbursed via the PMS Electronic Transfer System for domestic grantees, and by U.S. Treasury Check or Direct Deposit for foreign grantees. Loan Repayment Program Awards are for two years with the opportunity for renewal.

The grantee is responsible for annual progress reports.

These reports are required for program analysis as part of all continuation applications.

In addition, a final report must be filed within 90 days of the termination of the grant.

The final report includes an account of progress made toward achievement of the originally stated aims; a list of the significant results; and a list of publications resulting from the projects.

For most projects, a financial status report must be filed 90 days after each competitive segment.

Reports must be provided to FIC staff in accordance with the CFR Title 42 Part 52 - Grants for Research Projects and the CFR Title 45 Part 74 - Uniform Administrative Requirements for grants and cooperative agreements.

In accordance with the provisions of OMB Circular No. A-133, &quot;Audits of States, Local Governments, and Nonprofit Organizations,&quot; non-Federal entities that receive $500,000 or more per year in Federal awards will have a single or a program-specific audit conducted for that year. Non-Federal entities that expend less than $500,000 per year in Federal awards are exempt from these audit requirements for that year, except as noted in Circular No. A-133. In addition, grants and cooperative agreements are subject to inspection and audits by DHHS and other Federal government officials. Loan Repayment Program awards will be audited prior to the end of the contract, or as needed.

Expenditures and other financial records must be retained for three years from the day on which the grantee submits the last expenditure report for the report period.

The grant program legislation and program regulations cited in the Notice of Grant Award, the restrictions on the expenditure of Federal funds in appropriations acts, to the extent those restrictions are pertinent to the award, 45 CFR Part 74 or 45 CFR Part 92, as applicable, the NIH Grants Policy Statement, including addenda in effect as of the beginning date of the budget period, and the terms and conditions on the notice of grant award. Information regarding FIC programs can be found at: http://www.nih.gov/fic/programs.html.

The major elements in evaluating proposals include assessment of: (1) the scientific merit and general significance of the proposed study or research training program and its objectives; (2) the technical adequacy of the experimental design and approach; (3) the competency of the proposed investigator or group to successfully pursue the project; (4) the adequacy of the available proposed facilities and resources; (5) the necessity of the budget components requested in relation to the proposed project; and (6) the relevance and importance to the announced program objectives. All pertinent evaluation criteria are provided in the RFAs and PAs.

Steven Cornish, founder of aimwith, based in Silicon Valley, CA, is a social equity marketplace for impact where crowdfunders, impact investors, and charitable organizations invest in change together.