The mission of MMRS is to enhance local medical incident management's ability to coordinate and respond
to a mass casualty event during the crucial first hours, until significant external resources arrive and become operational.
Related Programs

These capabilities gained range from a Mobile Field Hospital in Charlotte-Mecklenburg, to an Emergency Patient Tracking System in St.

These are but a few of the MMRS initiatives ongoing throughout the nation.

Refer to grant program guidance document for specific use and use restriction information.

MMR includes functional components which are closely related to HRSA, CDC, and DHS programs within the medical emergency and preparedness funding structure.

States, as defined in the Homeland Security Act of 2002, refer to means &quot;any State of the United States, the District of Columbia, the Commonwealth of Puerto Rico, the Virgin Islands, Guam, American Samoa, the Commonwealth of the Northern Mariana Islands, and any possession of the United States.&quot; The SAA is the only agency eligible to apply for HSGP funds and is responsible for obligating HSGP funds to local units of government and designated recipients.

12372, &quot;Intergovernmental Review of Federal Programs.&quot; An applicant should consult the office or official designated as the single point of contact in his or her State for more information on the process the State requires to be followed in applying for assistance, if the State has selected the program for review.

Public Law 104-201, National Defense Authorization Act for Fiscal Year 1997: The Defense Against Weapons of Mass Destruction Act of 1996 directed the Secretary of Defense to enhance capability and support improvements of response agencies. The Nunn-Lugar-Domenici Amendment to the National Defense Authorization Act for FY 1997 authorized funding for &quot;medical strike teams,&quot; and the subsequent development of the MMRS Program. Ongoing Congressional appropriations have funded contracts with 124 MMRS jurisdictions.

Categorical Assistance Progress Reports (CAPR) and Biannual Strategy Implementation Reports (BSIR) are due within 30 days after the end of the reporting periods, which are June 30 and December 31, for the life of the award.

Final financial, CAPR and BSIR reports are due 90 days after the expiration or termination of grant award.

In accordance with the provisions of OMB Circular A-133 (Revised, June 27, 2003), Audits of States, Local Governments, and Nonprofit Organizations, nonfederal entities that expend financial assistance of $500,000 or more in Federal awards (or receive property, or a combination of both, within the fiscal year) will have a single or a program-specific audit conducted for that year. Nonfederal entities that expend less than $500,000 a year in Federal awards are exempt from Federal audit requirements for that year, except as noted in Circular A-133. These audits are due to the cognizant Federal agency, submitted through the Federal Audit Clearinghouse, not later than 9 months after the end of the grantees fiscal year.

For more requirements and guidance, please refer to the MMRS section of the HSGP solicitation guidelines and application kit. 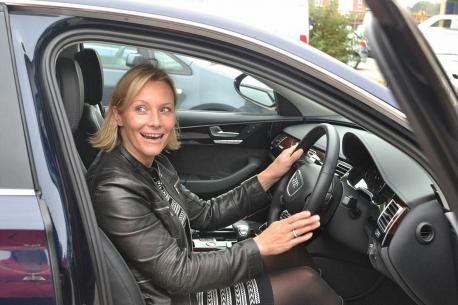