Degrees at a Distance Program

To support curriculum development, regional meeting support, program marketing, course material printing and publications and initiation of institutional agreements with local two-year college degree programs and colleges/universities, designated by the National Fire Academy, to participate in the Degrees
at a Distance Program (DDP).

To provide an alternative means for fire service personnel to earn a bachelor's degree or to pursue college-level learning in a fire related course concentration without the requirement of having to attend on-campus classes.
Grants for this Program
Agency - Department of Homeland Security

The Degrees at a Distance Program continues to enroll new students and produce new graduates with bachelor's degrees in fire administration and fire prevention technology. The 13-course upper-level independent study curriculum was converted from a printed format to a web-based format so that future courses will be available via the internet.

Only colleges/universities designated by U.

Fire Administration (USFA) are eligible, unsolicited applications will not be accepted Specific information on applicant eligibility is identified in the funding opportunity announcement and program guidance.

State, local and the general public.

Requests for extensions must be supported by adequate justification, and can only be authorized in writing by the DHS/U.S. Fire Administration Procurement Officer with the concurrence of the administering program office.

This program has no statutory formula.

Quarterly Progress Reports must include the progress of each sub-grant award.

Final financial and performance reports are due 90 days after the Expiration or termination of grant award.

In accordance with the provisions of OMB Circular A-133 (Revised, June 27, 2003), &quot;Audits of States, Local Governments, and Nonprofit Organizations,&quot; nonfederal entities that expend financial assistance of $500,000 or more in Federal awards (or receive property, or a combination of both, within the fiscal year) will have a single or a program-specific audit conducted for that year. Nonfederal entities that expend less than $500,000 a year in Federal awards are exempt from Federal audit requirements for that year, except as noted in Circular A-133. These audits are due to the cognizant Federal agency, submitted through the Federal Audit Clearinghouse, not later than nine months after the end of the grantees fiscal year.

Grant records shall be retained for a period of three Years from the day the recipient submits its final expenditure report. If any litigation, claim, negotiation, audit, or other action involving the records has been started before the expiration of the three-year period, the records must be retained until completion of the action and resolution of all issues which arise from it, or until the end of the regular three-year period, whichever is later. Grant records include financial and program/progress reports, support documents, statistical records, and other documents that support the activity and/or expenditure of the recipient or sub-recipient under the award.

Billionaire Philanthropists Standing in Lieu of the Federal Government 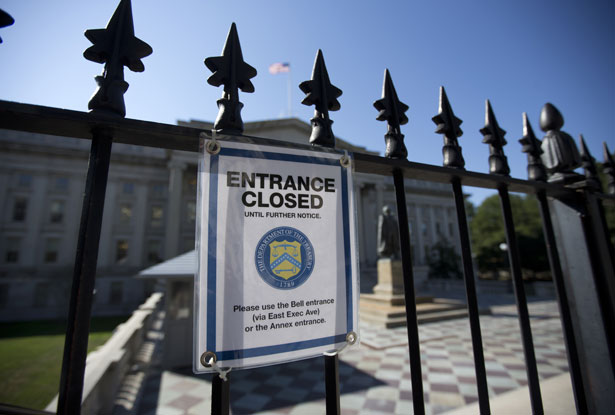 Philanthropy is not just seen as an alternative solution to problems left by the government. It plays an under-recognized role, working in the background of trends that resulted to the shutdown in the first place.

Degrees at a Distance Program