The National Institute of Food and Agriculture, more commonly referred to as NIFA, is a federal government agency created under the Food, Conservation, and Energy Act of 2008.

The grants and programs of the NIFA are all designed to assist in the realization of its overall agency mission which is to "stimulate and fund the research and technological innovations that will enhance American agriculture and make it more productive and environmentally sustainable while ensuring the economic viability of agriculture and production."

In keeping with this mission, the National Institute of Food and Agriculture has recently established the Common Bean Productivity Research for Global Food Security Competitive Grants Program in an attempt to develop approaches and methods that can efficiently address the various challenges facing common bean (Phaseolus vulgaris) production among small holder producers in food insecure countries.

Common bean, Phaseolus vulgaris, is a widely produced product throughout food insecure areas of the world including many Feed the Future countries such as East and Southern Africa.

The program was primarily established to assist these countries in the process of dealing with the hurdles and challenges that shortchange smallholder producers of common bean.

Katrina Cash Crisis Continues
The need to continue giving aid to the victims of Hurricane Katrina must remain a priority ... It's now months after the American Gulf Coast was devastated. Billions have been spent in relief, but bi...

Social Enterprise Wins Start-up of the Year Award with $10,000 Prize 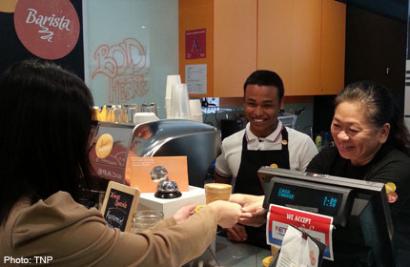 Bettr Barista Coffee Academy, a social enterprise that adopts a whole-person approach devoted towards enriching the lives of disadvantaged women and at-risk youth, bagged the President’s Challenge Social Enterprise Start-up of the Year award with a trophy and $10,000 prize money.