Attending a community college will also help offset the costs if a student decides to continue his or her education toward a bachelor's degree. Since community college tuition rates are lower, students are not as likely to be accumulating student loans which will help their financial state in long term future.   (continued...)

First Time Homebuyer Programs in Arkansas
The Arkansas Development Finance Authority was primarily created to develop safe, decent and affordable housing for low and moderate income Arkansans. The authority's primary goal is to administer funding in the form of tax exempt bonds and other debt instruments through several programs which are divided into three main categories: Economic Development, Homeownership, and Affordable Rental Housing.

A Creative Journey of Understanding from a Social Entrepreneur 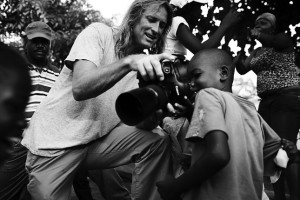 Russell James, a famed fashion photographer, started Nomad Two Worlds (N2W), an idea that stemmed from Russell’s Australian roots where he witnessed the culture clash between the Indigenous and non-Indigenous people in Australia.