by: Michael Saunders
The Small Business Administration was established in 1953. Since that time the agency has dispensed millions of dollars in loans and loan guarantees, contracts, consulting assistance and other programs for small business across the United States.

The seeds of the formation of the Small Business Administration were sown in the challenges of the Great Depression and World War I and grew out of a number of predecessor organizations.

In 1932 Herbert Hoover instituted the Reconstruction Finance Corporation. The agency sought to ameliorate the effects of the Great Depression.It sought to accomplish this through the establishment of a loan program to assist both large and small businesses adversely effected by the Great Depression. It was adopted as the personal project of Hoover's successor, President Franklin D. Roosevelt

The need to assist small business intensified with the onset of World War II, when they were placed at a competitive disadvantage vis-a-vis larger concerns. The Smaller War Plants Corporation was formed in 1942 to support small businesses, improve their financial strength and help them to more fully participate in the was effort. The Smaller War Plants Corporation accomplished this by providing loans directly to private entrepreneurs, providing incentives to large financial institutions to increase lending to small businesses and acting as an advocate for small business in the federal procurement process.

After the war the SWPC was absorbed into the Reconstruction Finance Corporation. In addition to the services provided by the RFC the Commerce Department also had an Office of Small Business. The charter of the Office of Small Business was primarily educational, predicated on the stance that the lack of success of many small business was insufficient access to information of running a business and business skills. The Office focused its offerings on pamphlets and management consulting to individual business owners.   (continued...)

Ethical Schools Project in Peru
The Ethical Schools Project revolves around the notion of promoting a culture of ethical behavior and civic responsibility among members of the youth, as well as teachers and parents. The project also aims to explore ways that would contribute to a reduction in corruption and other forms of illicit activities such as cocoa cultivation and illegal environmental degradation, which are both common practices in Peru.

Government Grants Within the United States Disaster Prevention and Relief Sector
According to the Disaster Survival Resources website, there has been about 640 disastrous events (floods, tsunamis, typhoons, earthquakes, cyclones, etc.) that have occurred in the United States since 1980 to 2010. Cumulatively, these catastrophic instances have killed 12, 366 people. 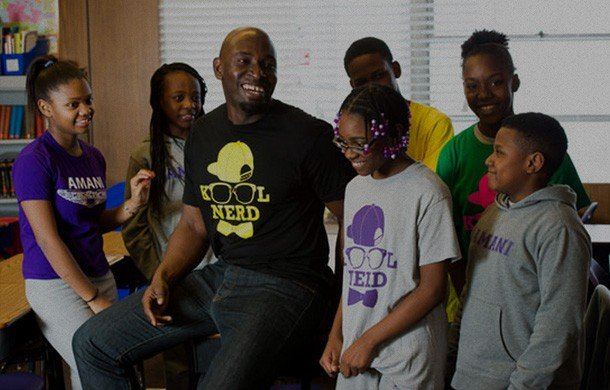 Orane Barrett, a Jamaican-born founder of a New York-based clothing brand called Kool Nerd, gives the term 'nerd’ a whole new meaning. And it’s not just that – Kool Nerd sells t-shirts as a “positive marketing tool to communicate the positive values of today’s nerd and inspire future kool nerds to join the movement.”