The ECE activity goal is to increase the number of children in Djibouti benefiting from high-quality, equitable, safe, and inclusive ECE services.

The activity’s objective is to improve access, quality, capacity & effectiveness of safe and inclusive ECE services. 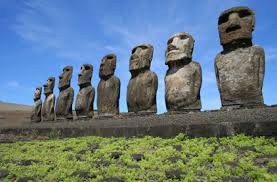 How's Your Community Doing?
Check Out it's
Community Vital Signs
the activity objective through three interdependent Intermediate Results (IRs):
IR1:
Improve access to equitable, safe, and inclusive ECE services IR2:
Improve quality of ECE services IR3:
Improve enabling environment for Djibouti’s Early Childhood Development system of services Djibouti is a lower-middle-income economy with a Gross Domestic Product (GDP) equivalent to US$ 1. 85 billion in 2017 and a population estimated at approximately one million, mainly concentrated in and around Djibouti Ville where an estimated 75 percent of the population lives.

Despite a relatively high per capita income of US$1,862 in 2015, 30 percent of the population lives in poverty and 21 percent lives in extreme poverty according to the fourth (2018) round of household survey (EDAM4).

The same survey also found that 36 percent of Djibouti’s population is under 14 years old and 51 percent under 24 years old.

Djibouti hosts approximately 35,000 refugees, mostly from Ethiopia, Eritrea, Somalia, and Yemen, who reside in three major settlements as well as in urban areas.

It is anticipated that asylum cases could increase given current crisis situations unfolding in neighboring Ethiopia.
Related Programs

Social Enterprise Goes Beyond The Beanie

Additional Information of Eligibility:
Applicants need not be a current or prior WIA section 167 grantee to establish eligibility to be awarded a grant under this solicitation.

The provisions of 20 CFR 669.200(a), which implement WIA section 167(b) describe entities eligible to receive a grant as those that have: • An understanding of the employment challenges and barriers to employment facing eligible migrant and seasonal farmworkers, including their dependents; • A familiarity with the geographical area to be served; • A capacity to administer effectively a diversified program of workforce investment activities for eligible migrant and seasonal farmworkers; and • The capacity to work effectively as a One-Stop partner.