110-199) provides a comprehensive response to the increasing number of people who are released from prison and jail and returning to communities.

There are currently over 2. 3 million individuals serving time in our federal and state prisons,


and millions of people cycling through local jails every year.

Ninety-five percent of all prisoners incarcerated today will eventually be released and will return to communities.

The Second Chance Act will help ensure the transition individuals make from prison or jail to the community is safe and successful.

Section 101 of the Act authorizes grants to state and local governments and federally recognized Indian tribes that may be used for demonstration projects to promote the safe and successful reintegration into the community of individuals who have been incarcerated.
Related Programs

How The Gaming Industry Cultivates Games for Social Good

Forward Together in Challenging Times

Additional Information of Eligibility:
State and local government agencies and federally recognized Indian tribes are eligible to apply under this program.

Applicants must adhere to all of the eligibility and funding requirements of the Second Chance Act.

In order to be eligible to apply for funding, the jurisdiction preparing the application must have developed a reentry strategic plan which includes a detailed implementation schedule as well as extensive evidence of collaboration with key public and private stakeholders.

American Indian Tribes and Alaska Native Tribes and/or Tribal Organizations: All tribal applications must be accompanied by a current authorizing resolution of the governing body of the tribal entity or other enactment of the tribal council or comparable government body.

If the grant will benefit more than one tribal entity, a current authorizing resolution or other enactment of the tribal council or comparable government body from each tribal entity must be included.

If the grant application is being submitted on behalf of a tribal entity, a letter or similar document authorizing the inclusion of the tribal entity named in the application must be included. 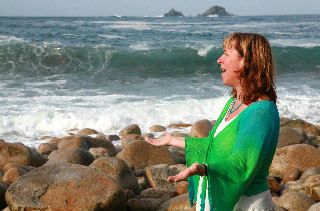