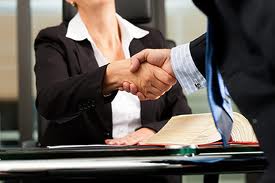 How's Your Community Doing?
Check Out it's
Community Vital Signs
seeks to transition a select sample of 400 LE agencies from across the country, including all of the largest agencies, to NIBRS, in order to use NIBRS data to generate national crime statistics.

To produce statistically-sound national measures of crime from NIBRS data, techniques need to developed and tested to handle the challenges that NIBRS data present to analysts tasked with providing the range of information expected from these data.

The goal for this work is to establish an automated data assessment and processing systemÃƒÂ‚Ã‚Â“ with detailed documentation and a series of well-documented software programs that the FBI and BJS can apply to NIBRS data on a routine basis and which is capable of generating a NIBRS analytic database for use by FBI and BJS analysts to produce all analyses needed to support the dissemination plans of the respective agencies at the end of the project period.

Under this funding announcement, BJS is seeking proposals for contract support in building and establishing the NIBRS automated data assessment and processing system.

Department of Economic Development Reports Rise of Employment in Missouri

CLASP: Students with Least Amount of Need Get the Most Tax-Based Student Aid

For-profit organizations (as well as other recipients) must forgo any profit or management fee.

Eligible nonprofit organizations must be exempt from taxation under section 501(a) of the Internal Revenue Code of 1986, and have a 501(c) (3) designation.