Water is collected during the periods of rain and snow runoff at the three Federally-owned reservoirs operated by the District:
The Sweetwater Canal is the primary distribution canal.

Water for irrigation is diverted from Sweetwater Creek into this canal and then gravity fed to Reservoir A.

Due to threatened steelhead populations covered under the Environmental Species Act (ESA), the District has been greatly restricted on the volume of water it is allowed to divert.

Climate changes have created water shortages on and off within the District’s system for the last several years.

Also, Reclamation has committed certain stream flows from the Craig Mountain watershed within the Lapawi Basin for the recovery of threatened steelhead populations covered under the ESA.

The dwindling water supply is making it very difficult for the District to supply water to its patrons.

Past efforts for monitoring of water consumption proved inefficient and often ineffective, and now the District is now trying to balance the water user needs with the emerging needs for water for tribal and environmental uses.

In 2005 the District adopted a Water Conservation Plan (plan) that addresses the need for meter irrigation services at each delivery point.

The District has actively sought financial assistance from Reclamation to assist in the metering endeavor; by the end of 2015, the District will be approximately 68% metered.

In 2013, the District received financial assistance from Reclamation to complete design and construction activities for a pilot groundwater well project to investigate the practicality of the well as a field alternative water supply.

Although the hydrology report from the test well has not yet been received, the water supply appears to be promising, so the District is currently being evaluated for more wells, starting with Well # 6. To partially resolve impacts in the Lapawi Basin to endangered steelhead and their habitat caused by surface withdrawals of irrigation water, the District has requested financial assistance to complete the engineering design for another proposed groundwater well, Well #6, and to install approximately 2080 irrigation meters at points of water delivery within the distribution system.

Both of these activities will ultimately create a more stable water supply and allow more surface water from the Craig Mountain watershed to remain in the streams in the Lapawi Basin for threatened steelhead populations covered under the ESA.

RECIPIENT INVOLVEMENT The purpose of this project is to design and construct well #6 and to construct a power station needed to operate the wellfield.

Ideally, the second well will be located in close proximity to the pilot well.

With this Financial Assistance the District will:
•Purchase land and easement sufficient for access and use of the well site and power substation.

•Design and construct a power substation necessary to provide ample power to operate the finished wellfield.

•Design and construct one well, wellhouse, pump, and piping sufficient to convey groundwater from the deep Lewiston basin aquifer to the existing irrigation distribution system.

•Secure all permits necessary to perform the work, including but not limited to, a water right permit, building permit, and conditional use permit or equivalent.

Poverty in the United States

Additional Information of Eligibility:
ALL MEMBERS OF THE CESU NETWORK (http://www.cesu.psu.edu/) 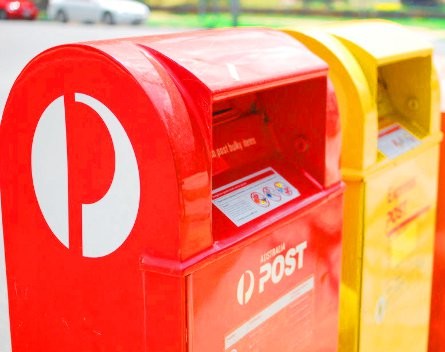 GiveEasy is a social enterprise startup geared for growth after partnering with Australia Post, a move that will set them up in the Australian forefront.