The Grand Valley Power Plant (Plant) was constructed near the town of Palisade, Colorado in the early 1930s by the United States through the Bureau of Reclamation and since that time it has received few upgrades. 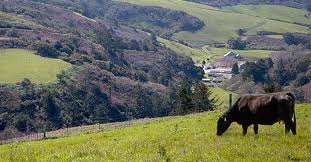 The continued operation of the Plant is critical to Colorado River operations as it is located at the beginning of the 15 Mile Reach, which hosts fish currently on the Endangered Species list.

Reclamation relies on project power water rights to meet these obligations, which is needed for the continued operation of the Plant.

The Plant is in critical need of over $5 million of major renovations to bring it up to current safety and operational standards.

One of the two turbines is currently out of service.

Most of the facility’s components are over 80 years old, significantly past their useful life, and repair parts are no longer available.

The work from this grant is crucial to avoiding the Plant shut down in the near future, thereby risking Reclamation’s project water right and Reclamation’s ability to avoid jeopardizing the continued existence of the fish on the Endangered Species list.
Related Programs

Department of Economic Development Reports Rise of Employment in Missouri

Helping Homeless Get Back on Track