Over the next five years the Infrastructure Investment and Jobs Act (IIJA), also referred to as the Bipartisan Infrastructure Law (BIL), aims to broaden the U. S. Environmental 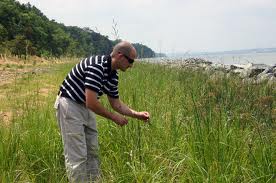 The BIL specifically expands the SFBWQIF to focus on inequities in the access to Federal funding and implementation of projects and climate resilience in underserved communities.

It provides additional funding to advance the Biden Administration’s goal of investing in America’s infrastructure and delivering environmental and public health benefits for communities with environmental justice (EJ) concerns.

The EPA is soliciting applications under the BIL funded SFBWQIF Request for Applications (RFA) to fund projects that have measurable positive impacts in underserved communities, particularly those facing climate change stressors in the San Francisco Bay and its watersheds.
Related Programs