Mexico makes up only one percent of the Earth���s land area, but is home to an impressive one-twelfth of all of the species known to science.

A megadiverse country, Mexico is also a major center of origin and domestication of plants and a key flora and fauna dispersal corridor. 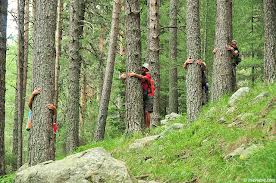 How's Your Community Doing?
Check Out it's
Community Vital Signs
rainforests are among the richest reservoirs of biological material on the planet, and its diverse habitats are home to a broad array of wildlife, including many seasonal residents that migrate to and from the U. S. and other areas.

In response to these challenges, the U. S. Fish and Wildlife Service (the Service) together with the Secretariat of Environment and Natural Resources of Mexico (SEMARNAT) established the Wildlife Without Borders ��� Mexico program, as a cooperative effort between the United States and Mexico to preserve our shared natural heritage.

Agency Email Description:
If you have any problems linking to this funding announcement, please contact the NIH OER Webmaster