The program is sponsored and managed by the Basic Research Office, Office of the Under Secretary of Defense for Research 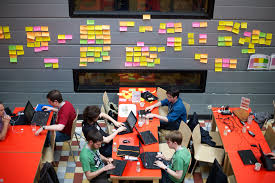 
and Engineering (OUSD [R&E]), awarded by the Air Force Office of Scientific Research (AFOSR), and administered through the Office of Naval Research (ONR).

The DoD plans to award FY21 DEPSCoR appropriations through this announcement.

DEPSCoR's objectives are to:
(1) increase the number of university researchers in eligible States/Territories capable of performing S&E research responsive to the needs of the DoD; and (2) enhance the capabilities of institutions of higher education (IHE) in eligible States/Territories to develop, plan, and execute science and engineering (S&E) research that is relevant to the mission of the DoD, and competitive under the peer-review systems used for awarding Federal research assistance; (3) increase the probability of long-term growth in the competitively awarded financial assistance that IHE in eligible States receive from the Federal Government for S&E research.

Consistent with these long‑term objectives of building research infrastructure, the DoD intends to competitively make, and fund from fiscal year 2021 appropriations, multiyear awards for S&E research in areas relevant to the DoD’s mission and important to national security.

The Basic Research Office anticipates approximately $1 2. 6 million in total funding will be made available for this program to fully fund at award approximately twenty one (21) grants up to $600,000 (total cost) each.

Awards are subject to funding availability.

There is no guarantee of an award.

Meet the Social Entrepreneur Who Journeyed 7,000 Miles to Serve His Community

Additional Information of Eligibility:
This funding opportunity aims to create basic research collaborations between a pair of researchers, namely 1) Applicant/Principal Investigator (PI), henceforth referred to as Applicant, a full-time faculty member who has never served as a PI on a prior DoD directly funded research Prime award and 2) Collaborator/co-Principal Investigator (co-PI), henceforth referred to as Collaborator, an investigator who will provide mentorship to the Applicant and has served as a PI on a DoD directly funded research Prime award actively between 1 October 2014 and 30 September 2021.

This structure is aimed at introducing potential applicants to the DoD’s unique research challenges and its supportive research ecosystem.

Prime award defined in the context of this announcement is the DoD legal instrument (assistance or acquisition) that a Principal Investigator receives directly from a DoD awarding agency and not indirectly from a non-DoD pass-through entity to carry out scientific research.You are eligible to apply as the Applicant under the DEPSCoR-RC FOA as long as you were NOT listed as the Principal Investigator on a previous DoD funded research award, and are a full-time faculty member in a tenured or tenure track position in a DEPSCoR eligible State/Territory.

Being a “Co-PI” or “sub PI” on a prior DoD funded award does not count as being a “PI” for the purposes of eligibility of the Applicant for the DEPSCoR-RC FOA.The DEPSCoR-RC white paper package must include prior research award documentation which indicates that the Collaborator was a PI on a previous DoD directly funded research Prime award between 1 October 2014 and 30 September 2021.

If the Collaborator is not identified as the PI within the award document, a letter from the awarding agency point of contact should be furnished supporting the assertion within the timeframe identified.The Collaborator must have served as a Principal Investigator on a directly funded DoD research Prime award during the eligibility period and not have been subcontracted by: other PIs, non-DoD entities, or companies as a Co-Principal Investigator.

Several British colleges and universities have embraced social entrepreneurship in their curriculum. Pathik Pathak at Southampton have introduced n interdisciplinary module in Social Enterprise, which is open to students of all year groups and across all disciplines.