Promoting Women in Politics in Botswana

The U. S. Embassy Gaborone announces an open competition for organizations to submit applications to carry out a program to provide training, resources, and support to empower women to meaningfully take part in political processes in Botswana.

The end goal is to increase the role and influence 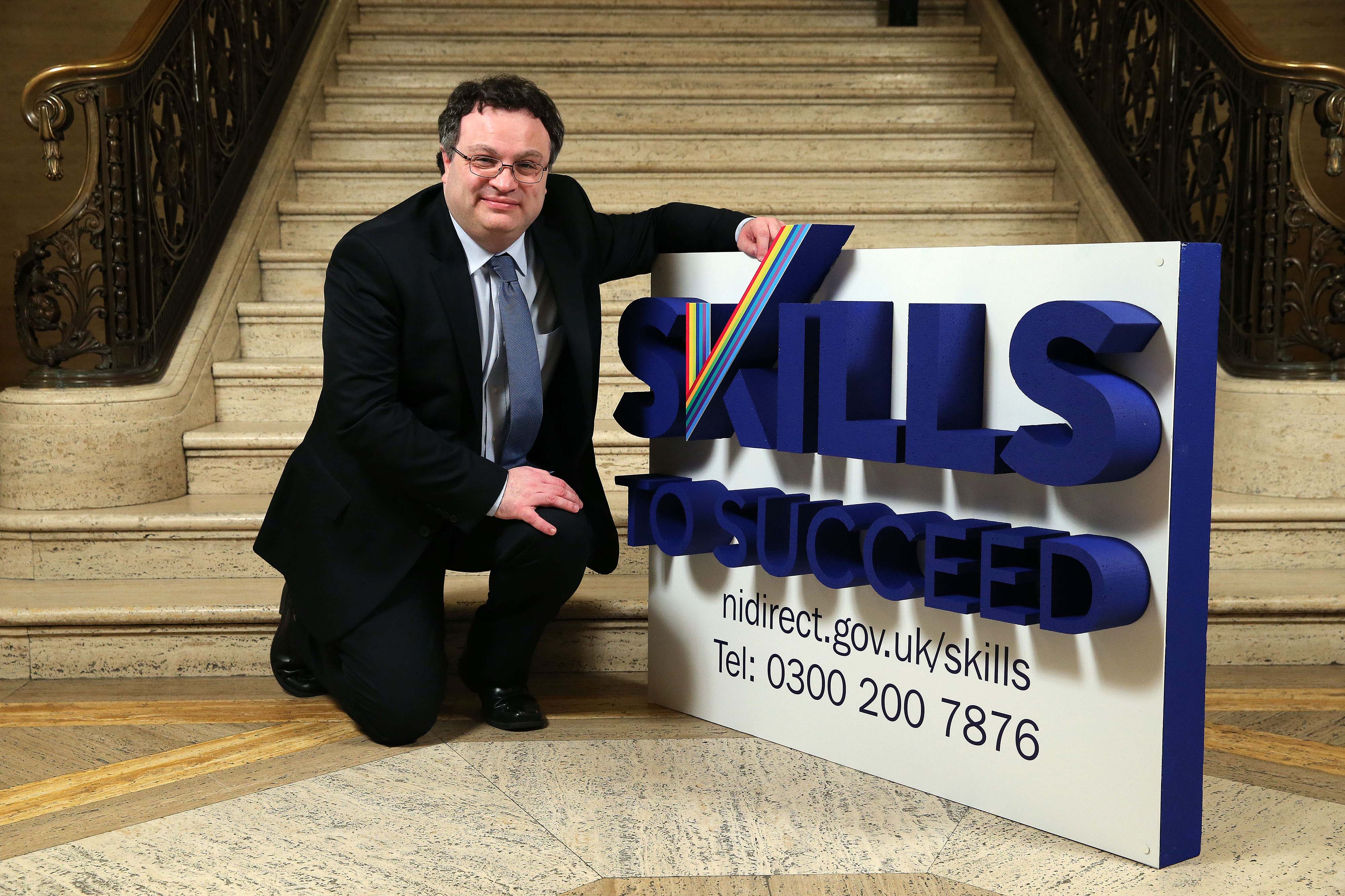 
of women in Botswana political institutions and decision-making.

Program Objectives:
Botswana is considered one of the most stable democracies in Africa, with peaceful, transparent elections, and leaders who willingly relinquish power in accordance with set term limits.

However, it lags far behind most SADC region countries in one key area – political participation by women.

Only five percent of elected members of the National Assembly are women (3 out of 57), and a mere 11 women ran for Parliament in 201 9. Levels are equally low at the district council level.

While there are some encouraging signs, such as younger women candidates in who beat established male opponents, women face significant structural and social barriers.

Women involved in politics report that lack of fundraising support, party structures that discourage women from standing for office, electoral laws that do not support politically marginalized groups, and sexual harassment are primary factors for low representation of women.

Botswana prides itself on being a model of a modern democracy in Africa, but this narrative is weakened by the lack of a political voice and decision-making for half of its population.

This has ramifications beyond politics.

Botswana struggles with gender issues, particularly gender-based violence, which is a major focus of U. S. government assistance in the country.

While societal views are often hard to change, Botswana has shown that it has the capacity to do so in the past, include through reducing stigma on HIV/AIDS.

By empowering women and giving them a stake in decision-making processes, Botswana can make progress on this societal challenge.

The objective of this funding opportunity is to develop the skills women need to run for office, build networks to help them in this effort, and directly address social stigma factors that discourage women candidates.

With the next national elections scheduled for 2024, women interested in taking part in the political process will have to start as soon as possible to gain a voice in the next vote.

Possible project activities could include, but not be limited to:
A public advocacy campaign to highlight the contributions that women have made to politics in Botswana and directly address the issue of sexual harassment and exploitation towards women who stand for office.

Regional training sessions for women interested in running for office or taking part in campaigns.

Workshops to introduce women to issues such as strategies for fundraising that do not depend on male members of their households, media promotion strategies, working with the press, and development of grassroots networks.

Videos and materials produced for these workshops could be made available site as resources for women interested in politics.

The number and size would be determined by the final cost of each event.

Formation of women’s political clubs at the local level or at universities.

These groups can serve as local resources for women who choose to run in 2024, as well as provide a forum for collaboration among women involved in politics.

This will leverage the Independent Electoral Commission’s existing network of youth political organizations.

Creation of a hotline or other reporting mechanism that would allow women to anonymously report sexual harassment in politics.

This would also include online harassment, which is a major problem for women in political life.

University students interested in politics, campaigns, or political processes Prospective women candidates Media Representatives of political parties, including men The role of the grantee will be the following:
Organize logistics, present information, and host a series of events or educational/cultural sessions, each focused on at least one of the priority areas listed above.

The award amount is inclusive of venue, travel, speaker, media, refreshment or any other fees.

No funding above or beyond the $250,000 award ceiling will be considered.

Given the ongoing constraints on public gathering and travel posed by COVID-19, grantees should be prepared to explain how their proposals could be conducted virtually as a contingency if in-person events are not possible.

The following is not eligible for funding:
Projects relating to partisan political activity.

While this funding is intended to support women interested in politics, it is not intended to promote the political agenda of any party; Purchase and set up of surveillance equipment; Duplication of other U. S. Government programs; Projects that would benefit, either personally or politically, to any employee (e.g.

direct hire, contractor, part-time) of the U. S. Government, or the spouse or family member of a U. S. Government employee; Production of agricultural commodities for export that can be expected to have a significant impact on competing U. S. exports; Contributing to the violation of internationally recognized rights of workers; Charitable or donation related activities; Projects that support specific religious or military activities, as well as those relating to police, prisons, or other law enforcement; Fund-raising campaigns; Lobbying for specific legislation or projects; Scientific research; Projects intended primarily for the growth or institutional development of the organization; Projects that duplicate existing efforts; Staff salaries or stipends; Purchase of alcohol, medicine, school uniforms, school fees, bursaries, or personal expenses; Support for educational or other facilities used to a significant degree by U. S. employees or their dependents; Support for abortion-related facilities and services; Purchase of used equipment – to avoid recurring maintenance and support costs.

There is a general policy for financing only new equipment unless it is simple in design and spare parts are available locally, thus providing operational and maintenance advantages in less developed countries; Creating, continuing, or supplement technical assistance programs; Support for private businesses, private crèches, or public/government schools unless through involvement of a Parent-Teacher Association; Purchase of luxury goods and gambling equipment; Purchase or production of toxic or otherwise unsafe products such as pesticides or hazardous chemicals; Assisting any individual or entity involved in illegal drug trafficking as noted in Section 487 of the Foreign Assistance Act; Support, benefit, or other services associated with those persons or entities listed under Executive Order 13224, or determined to be subject to this order or other subsequent laws or orders, who commit, threaten to commit, or support terrorism; Support for any activity barred under the Foreign Assistance Act and legislation appropriating funds for foreign assistance.

(iii) Telecommunications or video surveillance services provided by such entities or using such equipment.

(iv) Telecommunications or video surveillance equipment or services produced or provided by an entity that the Secretary of Defense, in consultation with the Director of the National Intelligence or the Director of the Federal Bureau of Investigation, reasonably believes to be an entity owned or controlled by, or otherwise connected to, the government of a covered foreign country.

Program Performance Period:
Proposed programs should be completed in twelve (12) months or less.

This notice is subject to availability of funding.

Eligible Applicants Businesses and government entities do not qualify.

Applicants must be individuals or registered NGOs.

Recipients may demonstrate their commitment by either contributing to the project financially, or providing labor or supplies to carry out the project.

Cost-sharing is not required but encouraged.

All applicants must display sound management in the form of financial and administrative procedures that protect against waste, fraud, and abuse.

Other Eligibility Requirements:
See full NOFO Submission Dates and Times Applications for fiscal year 2021 may be submitted by September 18, 202 0. Applications received by the U. S. Embassy after the closing date will not be considered.

Funding Restrictions Any costs incurred in preparation of your proposal or in advance of an award will not be reimbursed.

Other Submission Requirements Complete proposals can be:
Emailed to:
Mannings@state.gov; MoreengAR@state.gov Mailed to:
U. S. Embassy, ATTN:
Political-Economic Section, P.O.

Box 90, Gaborone Hand delivered to:
U. S. Embassy, Government Enclave, Gaborone, ATTN:
Political-Economic Section All applicants will be notified of the status of their proposals after the review process is completed.

FEDERAL AWARDING AGENCY CONTACTS If you have any questions about the grant application process, please contact the Political Section at:
Mannings@state.gov; MoreengAR@state.gov Note:
We do not provide any pre-consultation for application related questions that are addressed in the NOFO.

Once an application has been submitted, State Department officials will not discuss this competition with applicants until the entire proposal review process is completed.

An Essay on Ranking Charities

Civility and Manners: Hope for Today and the Future

Cost, Fear and Lack of Information as Barriers to Learning CPR among Minorities

Additional Information of Eligibility:
• Businesses and government entities do not qualify.

Applicants must be individuals or registered NGOs.

• Recipients may demonstrate their commitment by either contributing to the project financially, or providing labor or supplies to carry out the project.

Cost-sharing is not required but encouraged.

All applicants must display sound management in the form of financial and administrative procedures that protect against waste, fraud, and abuse.

Colombian Social Entrepreneur Hopes to Shake and Change the World

Young at 24, Juan David Aristizabal Ospina is a social entrepreneur who founded Buena Nota, a platform that accentuates social entrepreneurs and citizens in Colombia making  positive changes and raising awareness about social problems that need to be addressed.