The Older Americans Act (OAA) of 1965, as amended, includes provisions to increase awareness of citizens of all ages of the need to assume personal responsibility for their own longevity. 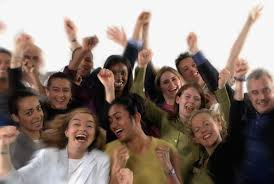 Through the Program, funds are awarded to national minority aging organizations (NMAOs) which represent Native American and Alaska Natives (AI/AN).

For Fiscal Year 2012 and beyond, AoA launched a competition to establish a consortium of National Minority Aging Organizations capable of providing technical assistance to the Aging Network.

The National Aging Resource Consortium on Racial and Ethnic Minority Seniors (Consortium) will serve as a resource center to assist the Aging Network to accomplish its work in a culturally sensitive and culturally competent manner.

AoA will make approximately four (4) awards in the form of cooperative agreements for new projects.

Each project should focus on their specific target population.

This announcement calls for the participation of a Native American consortium member.

We received applications for the African American, Hispanic and Asian Pacific Islanders organizations.

To complete the consortiums mission the participation of a Native American organization is needed.

This announcement calls for 1 project at up to $226,54 6. This project will be funded for a three (3) year period, contingent upon the availability of federal funds.

Grantee is required to cover at least 25% of the total program costs from non-federal cash or in-kind resources.

Homeless Children: One of the Greatest Challenges

Importance of Preserving Ties with Family During Imprisonment

Additional Information of Eligibility:
Through this competition, AoA plans to fund one project.

For purposes of this competition, "National organizations" are defined as those entities established with headquarters and administration for an organized group of bodies (local chapters, affiliates, faith- and community-based, and tribal organizations) dedicated to, providing services for, or information to, a major, nationwide segment of the racial and ethnic minority older population.

To be considered for funding, applicants must be experienced in providing health promotion and disease prevention education to racial and ethnic minority older individuals, including persons with limited English speaking proficiency on a nationwide basis.

Applicants must demonstrate that they have a nationally known presence with the aging community and the capacity to reach their target population on a nationwide basis.

This competition is not limited to previous grantees.