President Biden has laid out a strategy that directs the U. S. government to coordinate in the fight against corruption, including by working with international partners and strengthening the capacity of civil society. 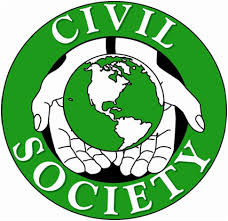 How's Your Community Doing?
Check Out it's
Community Vital Signs
limit the United States’ ability to work through host country justice systems to fight corruption, including in El Salvador where host country anticorruption efforts have been politicized to the point where one’s political party membership may protect them from or expose them to scrutiny, investigation, or prosecution.U. S. capacity building cannot overcome this lack of political will.

Institutions are being weakened or co-opted to maintain power and hide corrupt acts, and civil society organizations lack the capacity and support needed to hold governments accountable.

Increasing restrictions on and threats against civic spaces make their work even more difficult.The Department of State, Bureau of International Narcotics and Law Enforcement Affairs, has designed an Anti-Impunity Framework to address these challenges.

The Anti-Impunity Framework is an alternative concept to fight corruption and impunity.

The Civil Society Anti-Impunity Complaint Platform is part of a broader INL Anti-Impunity Framework that will support civil society actors to:● Develop a coordinated anticorruption communications strategy,● Implement long-term civic education,● Establish and coordinate judicial observatories,● Strengthen legal defense and protection, and● Serve as a repository to document corruption and impunity cases.The platform will work with complainants to submit information through the appropriate host country mechanisms in El Salvador and monitor and track action, or lack thereof, on that information through each system.
Agency: Department of State

US Treasury Commits $325 Million in Bond Guarantees For Underserved Communities

– If you are unsure about your eligibility status, please consult the INL POCs during the Q&A period.