The study proposed is entitled, â¿¿Ecological Function and Recovery of Biological Communities within Sand Shoal Habitats within the Gulf of Mexico.The Bureau of Ocean Energy Management (BOEM) through the Marine Minerals Program (MMP) is offering a cooperative agreement opportunity to conduct research 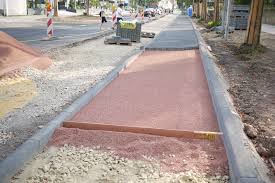 How's Your Community Doing?
Check Out it's
Community Vital Signs
to serve the public interest in offshore sand resources, coastal restoration, coastal resiliency and to investigate the long-term recovery of benthic and fish communities following dredging of sand resources within Ship Shoal in the Gulf of Mexico.The total amount of funding available in Fiscal Year 2017 is not to exceed $ 1. 2 Million.

Work performance under the cooperative agreement award will start between April, 2017 and June, 201 7. This agreement will be awarded to a qualified recipient within the Gulf Coast CESU network only.This Program Announcement describes the specific projects that may be awarded to the universities or eligible groups identified.

All awards are premised on receipt of an acceptable proposal.

This is not an open solicitation for proposals.This announcement is specifically to announce intent to undertake the following project(s):â¿¢ Ecological Function and Recovery of Biological Communities within Sand Shoal Habitats within the Gulf of Mexico Open to:
â¿¢ Gulf Coast Cooperative Ecological Study Units (http://www.cesu.psu.edu/unit_portals/GUCO_portal.htm).No other proposals are requested at this time, although additional opportunities may be announced in the future.The award will be a cooperative agreement (with the exception of tasks performed by Federal partners (awarded separately as Inter-agency Agreements) â¿¿ see Eligibility Information below) with qualified partners in the Gulf Coast Cooperative Ecological Study Units (http://www.cesu.psu.edu/unit_portals/GUCO_portal.htm).

BOEM encourages the applicant to involve various other institutions, private companies or State and federal agencies who may have expertise in the field of study.

A Neurobiological Trigger May Cause Abusive Parenting