Lupus is an autoimmune disease that causes a host of symptoms and poses significant disease management and treatment challenges for patients and health care providers.

In autoimmune disorders such as lupus, the immune system, which is designed to protect against infection, creates auto antibodies 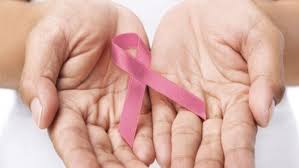 
that attack the body's own tissues and organs.

These auto antibodies cause inflammation which damages organs and tissue.

Although science has made significant advances in the treatment and management of this disease, there is still no cure for lupus.

People of African Caribbean or African descent may also be at higher risk.

The age range for individuals with lupus also varies widely.

Lupus can occur in very young children or the elderly; however, the average age range for diagnosis of lupus is generally between 15 and 4 4. In this age group, women with lupus outnumber men 12 to 1. Because these are childbearing years, the impact of lupus on women is particularly problematic.

National efforts to increase minority participation in clinical trials have been underway for the past twenty-five years, and recent evidence suggests that progress has been made in all phases of clinical trial research.

To foster participation, researchers have explored barriers to participation such as patient mistrust, access to care, and perceptions of providers.

Patient mistrust of medical research among minority populations, especially among African Americans, has been well documented.

Access to health care, especially lack of insurance coverage, has also been suggested as a reason for lack of participation in clinical trials.

In comparison to non-Hispanic whites, African Americans and Hispanics are as likely to participate in clinical trials when asked, but they are often not asked to participate.

Differences in attitudes and beliefs affect treatment decisions, including referral of patients to medical procedures.

Van Ryn and Burke (2000) report that physicians believe that African Americans are significantly less likely to adhere to difficult therapeutic protocols, which may deter some providers from even broaching the topic of clinical trial participation.

Thus, efforts to address provider beliefs, attitudes, and practice regarding participation of minorities in clinical trials are a critical and necessary condition for increasing minority patient participation rates.

The NHELP aims to increase and improve awareness, diagnosis and treatment outcomes for individuals living with lupus; and to develop and begin the implementation of an education program on clinical trials that educates and recruits minorities populations, particularly groups underrepresented in clinical research.
Related Programs

Agency: Office of the Assistant Secretary for Health

Reuniting Kids and their Families Still No. 1 Goal

Government Grant from Office of the Assistant Secretary for Health