The NRA covers all aspects of basic and applied supporting research and technology in space and Earth sciences, including, but not limited to:
theory, modeling, and analysis 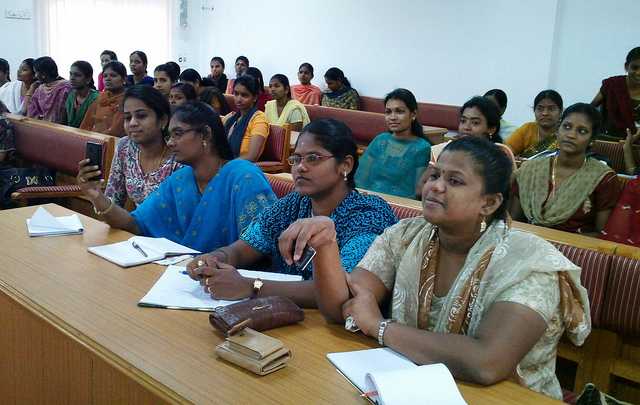 Awards range from under $100K per year for focused, limited efforts (e.g., data analysis) to more than $1M per year for extensive activities (e.g., development of science experiment hardware).

The funds available for awards in each program element offered in ROSES-2017 range from less than one to several million dollars, which allows for selection from a few to as many as several dozen proposals, depending upon the program objectives and the submission of proposals of merit.

Awards will be made as grants, cooperative agreements, contracts, and inter- or intraagency transfers, depending on the nature of the proposed work and/or program requirements.

The typical period of performance for an award is four years, although a few programs may specify shorter or longer (maximum of five years) periods.

Organizations of every type, domestic and foreign, Government and private, for profit and not-for-profit, may submit proposals without restriction on the number or teaming arrangements.

Note that it is NASA policy that all investigations involving non-U. S. organizations will be conducted on the basis of no exchange of funds.

Electronic submission of proposals is required by the respective due dates for each program element and must be submitted by an authorized official of the proposing organization.

Electronic proposals may be submitted via the NASA proposal data system NSPIRES or via Grants.gov.

Such registration must identify the authorized organizational representative(s) (AOR) who will submit the electronic proposal.

All Principal Investigators (PIs) and other participants e.g., Co-Investigators (Co-Is) must be registered in NSPIRES regardless of the submission system.

Potential proposers and proposing organizations are urged to access the system(s) well in advance of the proposal due date(s) of interest to familiarize themselves with its structure and to enter the requested information.

Details of the solicited programs will be in the Appendices of ROSES-201 7. Names, due dates, and links for the individual calls will appear in Tables 2 and 3 of this ROSES-2017 NRA.

Interested proposers should monitor http://nspires.nasaprs.com/ or subscribe to the electronic notification system there for additional new programs or amendments to ROSES-2017 through February 2018, at which time release of a subsequent ROSES NRA is planned.

Further information about specific program elements may be obtained, after the release of ROSES-2017, from the individual Program Officers listed in the Summary of Key Information for each program element in the Appendices of ROSES-2017 and at http://science.nasa.gov/researchers/sara/program-officers-list/.

The Story of a Homeless Girl

North Hempstead Secures Grant for Revitalization Project
Obtain Full Opportunity Text:
Click on the following link to see the full text of the announcement for this funding opportunity.

Additional Information of Eligibility:
Proposers must be affiliated with an institution at nspires.nasaprs.com/ and, in general, NASA provides funding only to US institutions.

Organizations outside the U. S. that propose on the basis of a policy of no-exchange-of-funds; consult Appendix B Section (l) of the Guidebook for Proposers (http://www.hq.nasa.gov/office/procurement/nraguidebook/) for specific details.

Some NRAs may be issued jointly with a non-U. S. organization, e.g., those concerning guest observing programs for jointly sponsored space science programs, that will contain additional special guidelines for non-U. S. participants.

Sections 2.3.10(c)(vii) of the Guidebook for Proposers for special instructions for proposals from non-U. S. organizations that involve U. S. personnel for whom NASA support is requested.

Agency Email Description:
Direct questions about this funding announcement to: