Box 1346, Point Reyes Station, California, 9495 6. This is a noncompetitive award in accordance with Department of Interior 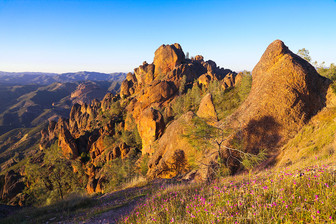 IBP is uniquely qualified to perform the activity based upon demonstrated factors, specifically, location, technical expertise, and other unique qualifications as outlined in this document.

The value of the Task Orders executed against the Master Cooperative Agreement are estimated at $80,000 per year and are subject to funding availability.

This funding announcement is not a request for applications.

This announcement is to provide public notice of the National Park Service, intention to fund the following project activities without full and open competition.

Breeding populations of landbirds have been identified as an important indicator of changes in ecological condition of these park units, and have been selected for long-term monitoring.

The Institute of Bird Populations (IBP) has a lengthy history of working with the National Park Service to inventory and monitor avifauna in park units throughout the country.

Subsequently, the NCCN adapted those recommendations and established a cooperative agreement with the Institute to conduct large-scale avian inventories in North Cascades, Olympic, Mount Rainier, and San Juan Islands.

The Institute completed fieldwork for these avian inventories in 2004 (Siegel et al.

Working with NCCN parks and USGS, the Institute participated in developing and writing the Landbird Monitoring Protocol for National Parks in the North Coast and Cascades Network (Siegel et al.

Consequently, the Institute has become the leading expert in conducting avian inventories and monitoring programs in national parks of the NCCN.

This Cooperative Agreement between NPS and the Institute is entered into to support the continued implementation of the landbird monitoring protocols and SOPs and to implement other aspects of NCCNs long-term avian monitoring program, as funding is available.

This collaboration will enhance existing monitoring capabilities within the NCCN and will promote the implementation of mutual long-term research and monitoring interests.

The Institute, through its previous experience working directly with the NPS in conducting avian inventories, is uniquely positioned to work with NPS toward implementing our monitoring protocol that will lead to a better understanding of long term trends in avian populations at the park and regional (i.e., network) scales.

Global IT Company to Create 700 New Jobs to Richmond County

Additional Information of Eligibility:
This funding announcement is not a request for applications.

This announcement is to provide public notice of the National Park Service, intention to fund the following project activities without full and open competition.