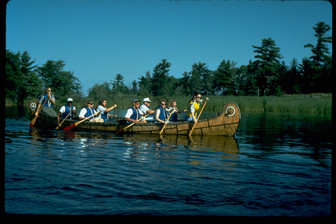 How's Your Community Doing?
Check Out it's
Community Vital Signs
to estimate the current and future ranges of birds throughout the continental United States and Canada.

The analysis covered all birds for which sufficient data were available to build robust statistical models (588 in total, 503 winter species and 475 summer species).

In addition to projecting continental-scale changes in species ranges, as reported above, the Recipientâ¿¿s suite of climate projections can be summarized at local scales to characterize changes in relative suitability over time and across future scenarios, an approach developed for Acadia National Park (Fisichelli et al.

2014) and used for two species at Voyageurs National Park.

This approach can be useful to guide species, guild, or habitat-focused management as it summarizes how climate change may impact biota at a local management scale.

Bird species and assemblages are fundamental resources at many parks, and a majority of natural resource parks of the NPS Inventory and Monitoring Program (189 of 270 parks, 70%) track bird population trends as a â¿¿vital signâ¿¿.

Near-future bird climate suitability projections can be used to examine ongoing changes in bird populations and inform hypotheses behind these trends.

Model projections are also useful for educating the public about the potential impacts of climate change on species they may observe in parks.

Promoting employee share and enabling customers to invest are better incentives than those provided by co-operatives. Co-operatives have adamantly remained a niche sector and doesn’t provide the right incentives for entrepreneurs.