This plan, in part, is intended to lay the groundwork for management of Gladings gallinaceous guzzlers (Glading 1943) or Small Game Guzzlers (SGG) within existing laws 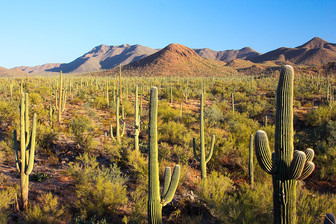 Small game guzzlers are structures designed to intercept precipitation, funnel it to a large capacity storage tank and allow wildlife access to free-standing water throughout the year.

SGGs, were installed throughout the Mojave Desert between 1948 and 1980 by volunteers with the California Department of Fish and Wildlife (CDFW).

Despite such specific species management, many other species, including listed and at-risk species, use SGGs.

Suggesting possible benefits for species beyond quail and chukar.

The California Desert Protection Act of 1994 transferred 1. 6 million acres of BLM land in Southeastern California to the NPS to create MOJA and designated over 695,200 acres as wilderness.

Some conflicts are obvious (i.e., wilderness) others are more complex in light of sensitive and listed species and climate change, which may need human intervention.

MOJAs Management Plan for Developed Water Sources calls for an evaluation of such structures to determine their importance or need for continued management of wildlife.

Unfortunately, information is limited on how to evaluate the retention or dismantling of developed waters for impacts to sensitive birds and bats.

With such an evaluation criterion, MOJA could identify means to mitigate management actions toward SGGs so as to protect wildlife resources.

Of particular interest is birds and bats.

MOJA hosts some 230 bird species, 12 which are listed as a threatened or endangered species by the State of California or are considered sensitive.

In addition, there is a rich diversity of bats that include ten documented species with potentially seven more that could occur.

Of these 17 total bats, five are considered species of special concern by the state of California and one, Townsend’s big-eared bat (Corynorhinus townsendii), was recently a candidate for listing under the California Endangered Species Act.

MOJA initiated a pilot Before-After Control-Impact study (BACI) to obtain information on wildlife use of SGGs and the response to water becoming unavailable.

Twelve SGGs isolated by at least 3. 2 km from other known water sources were selected.

Bat and Bird recorders were set up at specific intervals.

Remote cameras recorded wildlife presence and quail were trapped in attempts to obtain age ratios and a few were fitted with solar GPS loggers.

In 2020, six of the twelve SGGs were drained and blocked and monitoring continued.

This impact portion will continue through 202 1. However, MOJA does not have the capacity to analyze and summarize the data needed to assess the impact study on wildlife and to 1) develop a full study, 2) develop evaluation criteria on the status of SGGs, and 3) propose mitigation regarding the SGGs towards wilderness laws and climate change.

This NOFO is requesting assistance of university faculty and student programs to synthesize, analyze and summarize the data collected through 2021 and provide recommendations for interpreting and future study design.

Specifically, the request is to:
1) analyze bat and bird recordings to derive species presence, diversity indices and other potential parameters for analysis, 2) analyze and derive species presence, frequencies of detection and timing from camera information compiled in spreadsheets, 3) synthesize and preview limited quail age ratios and GPS location data, 4) assess differences between SGGs based on climate, vegetation cover, and absence or presence of water, 5) based on the above data, provide recommendations on further study design, propose evaluation criterions to rank SGG status and need as mitigation on climate.
Related Programs

Additional Information of Eligibility:
This funding opportunity is limited to non-Federal members of the CESU Network.

Full Opportunity Web Address:
CLICK ON FULL OPPORTUNITY BUTTON LOCATED AT THE TOP OF THIS PAGE.