The LWCF State and Local Assistance Program was created by Congress in 1964 to assist in preserving, developing and assuring accessibility to present and future generations of U. S. citizens and visitors “such quality and quantity of outdoor recreation resources as may be available and are necessary 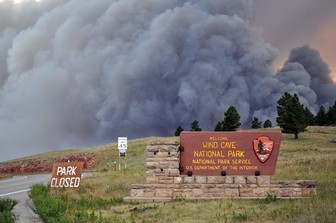 
and desirable for individual active participation in such recreation and to strengthen the health and vitality of the citizens of the United States[.]" This is accomplished in part by authorizing and providing grants to states, and through states to local units of government and federally-recognized Indian tribes, for projects that will provide outdoor recreation opportunities to the public through the acquisition of lands and waters for parks and other outdoor recreation areas, as well as through the development of new, or the renovation of existing, outdoor recreation facilities.

The LWCF State and Local Assistance program is operated by the National Park Service (NPS) in partnership with designated lead agencies in each of the 50 states as well as American Samoa, the District of Columbia, Guam, Northern Marianas Islands, Puerto Rico, and the Virgin Islands.

Congress allocates money from the LWCF for this program, which is then allocated to the states based on a legislative formula.

To be eligible for LWCF grants, states must maintain an approved Statewide Comprehensive Outdoor Recreation Plan (SCORP), which must be updated at least once every five years.

Among other things, SCORPs are used to assess the supply and demand for outdoor recreation resources and set priorities for the use of LWCF funds.

In 2014, in coordination with Congress and the Secretary of the Interior, NPS created the Outdoor Recreation Legacy Partnership (ORLP) Program, a competitive grant program administered under the authority of the LWCF Act.

NPS designed the ORLP with input from Congressional Committee staff, the States, and other interested parties.

As designed, the goal of the ORLP Program is to provide new or significantly improve recreation opportunities for economically-disadvantaged communities in larger urbanized areas (as designated by the Census Bureau) that are under-served in terms of parks and other outdoor recreation resources.

With Congressional support, the NPS has funded and issued grants pursuant to the ORLP each year.

ORLP grants are selected through an NPS-lead national competition following a solicitation and nomination by the States, and such grants do not count against State apportionments.
Related Programs

Increase of Elderly at Risk of Homelessness, ABS Finds

Philanthropy Learning: Why It Matters

Additional Information of Eligibility:
In accordance with 54 U.S.C.

200305(a), each state has a lead agency designated by the State&#8217;s Governor or in law for the purposes of implementing LWCF in that state, and only the lead agency can be an applicants for an LWCF grant.

This is true for ORLP as well.

The lead agency may submit on behalf of themselves or another eligible subrecipient.

For the purposes of this competition, reference to &#8220;states&#8221; includes only the 50 U. S. States plus the District of Columbia and Puerto Rico (American Samoa, Guam, Northern Marianas, and the U. S. Virgin Islands, although eligible for LWCF grants generally, do not have any Census-designated Urbanized Areas).

Applications submitted directly by entities other than the State lead agency, will be eliminated without consideration.

Individuals, nonprofit organizations, and other private entities are not eligible as applicants or sub-recipients.

For a project to be eligible the sub-recipient must: Represent a jurisdiction of at least 50,000 people*, AND Be situated within or contiguous with the geographic boundary of one of the 497 Urbanized Areas (UA) delineated by the Census Bureau.

The Census Bureau has published maps delineating each urbanized area, which can be found at https://www.census.gov/geographies/reference-maps/2010/geo/2010-census-urban-areas.html.

If the project sponsor is a state agency or a county, the project must serve an eligible jurisdiction of 50,000 people that is within a designated UA as described above.

* There is a limited exception to the population threshold for a couple of states (e.g., Vermont) whose only UA is mainly comprised of a jurisdiction that does not have 50,000 people by itself.

Prospective applicants should consult with their state lead agency and/or the NPS contacts to determine whether they fall in this excepted group or if they are otherwise not sure of their eligibility.

If the project site does not lie within a UA boundary, the proposal must address this and explain how the project will still serve the target populations, recognizing that access and proximity factor in the scoring criteria.