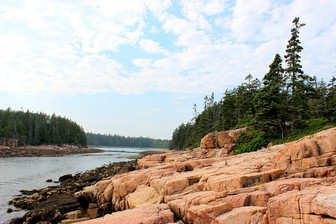 How's Your Community Doing?
Check Out it's
Community Vital Signs
and other public entities, for the preservation and interpretation of U. S. confinement sites where Japanese Americans were detained during World War II.

The authorizing legislation for the Japanese American Confinement Sites Grant Program identifies up to $38 million for the entire life of the grant program for projects to identify, research, evaluate, interpret, protect, restore, repair, and acquire historic confinement sites in order that present and future generations may learn and gain inspiration from these sites and that these sites will demonstrate the Nation’s commitment to equal justice under the law (Public Law 109-441, 120 Stat.

The term historic confinement sites is defined as the ten War Relocation Authority sites (Gila River, Granada, Heart Mountain, Jerome, Manzanar, Minidoka, Poston, Rohwer, Topaz, and Tule Lake), as well as other historically significant locations, as determined by the Secretary of the Interior, where Japanese Americans were detained during World War II.

These sites are specifically identified in Confinement and Ethnicity:
An Overview of World War II Japanese American Relocation Sites, published by the Department of the Interior, National Park Service, Western Archaeological and Conservation Center, in 199 9. This document may be seen at www.nps.gov/history/history/online_books/anthropology74 and at other internet sites.
Related Programs

Additional Information of Eligibility:
In accordance with Public Law 109-441 (120 Stat.

3288), organizations and entities working to preserve historic Japanese American confinement sites and their history, including: State and local agencies, public or private nonprofit institutions/organizations, Federally recognized Indian tribal governments, State colleges and universities, public and private colleges and universities are eligible to apply.  Non-Federal entities who are partnering with Federal agencies that own eligible historic resources may submit applications regarding the Federal property.