The purpose of this Notice of Funding Opportunity (NOFO) is to support research to enable rapid and accurate identification of emerging vector-borne and zoonotic threats in Indonesia by building upon the scientific and laboratory infrastructure established under two previously awarded NOFOs.


is a recognized “hotspot” for emerging pathogens.

It is the world’s fourth largest population, spread among nearly 1000 inhabited islands stretching 3,400 miles along the equator, making opportunities for an emerging pathogen to become epidemic in the absence of a reliable detection system high.

The arthropod-borne viruses (arboviruses) and Rickettsia (typhus and spotted fevers) are of particular concern because of the ease with which vectors can transfer these viruses between wildlife, humans and livestock.

Remarkably, little is known about these diseases in Indonesia or their potential for movement within and from the country.

For example, only two of 11 pathogenic arboviruses known to be found in neighboring Australia have been identified in Indonesia.

Although Indonesia is known historically to be endemic for murine typhus and scrub typhus, they are almost never diagnosed.

During the previous cooperative agreement (RFA-CK-15-001), Indonesian and CDC partners identified the first West Nile and Zika virus cases in Indonesia, conducted the first Zika seroprevalence study, and identified Rickettsia felis for the first time as a cause of fatal neurological disease.

Prevention of Disease, Disability, and Death by Infectious Diseases

Children Born to Obese Mothers at Risk of Early Death

Additional Information of Eligibility:
ALERT Asia Foundation/Eijkman Institute for Molecular Biology (EIMB) is eligible to apply for this NOFO. 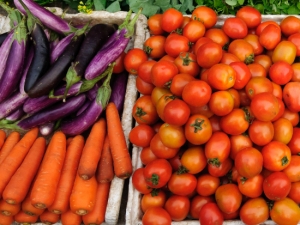 During the Global Green Growth Forum in Copenhagen, World Resources Institute (WRI) announced the launch of a process to develop a global standard for measuring food loss and waste.