(Reissue of RFA-NS-16-021, PAR-18-413) Diffuse brain white matter disease is highly prevalent in the elderly, and has been clinically associated with vascular contributions to cognitive impairment and dementia (VCID) in both men and women.

Diffuse white matter disease is thought to include a variety 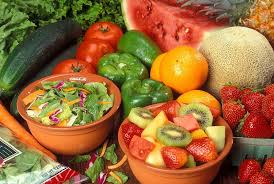 
of pathologies including demyelination and/or fiber loss due to multifocal infarction and local ischemia.

It is often accompanied by arteriosclerosis in deep penetrating arteries, multiple infarcts in the basal ganglia, brainstem or cerebellum.

Though most commonly extending out from the periventricular surfaces, it may also occur in subcortical white matter.

Despite the prevalence and potential significance of white matter disease for cerebrovascular disease etiology and cognitive outcomes, much remains to be learned about the cellular and molecular causes, regional vulnerability, and progression over time.

The purpose of this FOA is to address some of the many gaps in knowledge of the biologic mechanisms of the commonly occurring, cerebrovascular disease and age-related diffuse white matter disease at the molecular, cellular, tissue and brain circuit level.

The ultimate goal of this fundamental research is to inform future efforts to reduce the burden of illness due to age-related vascular contributions to cognitive impairment and dementia.
Related Programs


Agency Email Description:
If you have any problems linking to this funding announcement, please contact the NIH OER Webmaster

Social entrepreneur, Judith Duddle, aims to help those in need to manage their debt through her social enterprise, Debtscape CIC.