Veterinary Services plans to partner with an academic institution or state government to provide swine depopulation training for select VS personnel. 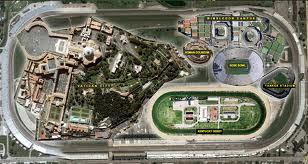 How's Your Community Doing?
Check Out it's
Community Vital Signs
within the Incident Command Structure (ICS) during incidents requiring depopulation.

It is the role of the Depopulation Group Supervisor to oversee humane depopulation on one or more premises during an incident and to offer sound scientific advice on depopulation strategies based on a variety of factors.

The training would include two, three-day training sessions with up to 22 participants per session and would include a mixture of seminars, discussions, and hands-on demonstrations.

The successful cooperator selected for this opportunity would furnish live animals that could be sacrificed using the depopulation methods covered in the training.

Both trainings should be delivered no earlier than June 1, 2017 and no later than September 15, 201 7. Priorities for this program include:
1) Train Veterinary Services employees on the likely depopulation methods of swine that would be used during a large scale emergency event 2) Provide overviews of the commercial swine industry, backyard swine farming in the United States, including regional differences 3) Provide an overview of the role feral hogs might play during a disease event affecting swine 5) Provide overview regarding the relationship between depopulation methods and disposal options 6) Develop decision making tools that could be used to determine which depopulation and disposal options should be used and when 7) Discuss potential challenges associated with each depopulation method 8) Demonstrate depopulation methods in accordance with acceptable animal welfare practices (to include handling of animals prior to depopulation)Funding will be provided to a Land-Grant University, Non Land-Grant College of Agriculture, College of Veterinary Medicine, or state entity that can fulfill the work.
Related Programs

Why Funders View Connections as Vital for Arts Development

Government Grant from Department of Agriculture