The aim of this Special Notice under the ARL BAA (W911NF‐17‐S‐0003), under Grants.gov OpportunityW911NF‐17‐S‐0003‐SPECIALNOTICE‐TPV-CELL, is to fund an entity to collaborate with ARL to research Thermophotovoltaic (TPV) Cell Array assembly concepts for 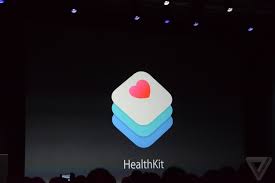 
use on the ARL experimental test stand to produce electric output.

ARL has assembled TCAs in-house in the past, but seeks entities with other approaches, more experience, and better equipment to collaborate with on this research.

ARL will collaborate with the awardee on an improved design.

The TCA will be tested by ARL on the ARL experimental test stand.

ARL will then feedback the test data and work with the awardee to further improve the design.

It is envisioned a few iterations of this process will lead to an optimized design to determine the limits of the TCA on overall ARL experimental test stand efficiency.

The primary components of the ARL experimental test stand include a BER, TPV cell array (TCA), and Cavity.

One end of the emitter is closed off with a thermally insulating lid.

The outer surface of the emitter is heated to ~1100 Celsius and the burner surfaces are also at high temperatures.

The TCA is made up of TPV cells mounted on heat sinks that surround the outside of the emitter.

The TPV cell array and heat sinks fits inside a tubular housing with a cooling fan mounted on one end.

Air from the cooling fan flows in the direction of the axis of the tubular housing through the heat sinks.

The Cavity is the space between the Emitter and the TPV Cells and the Cavity design involves the interaction of the emitter surface, TPV surface, and possibly special reflectors, endcaps, and/or non-imaging optical filters.The current ARL TCA design has 108 TPV cells with each cell measuring 0. 87 cm x 0. 85 cm.

It also includes a -circuit board with score marks to allow the circuit board to bend to create a 9 facet 180 degree semicircle.

Heat sink fins are epoxied to the backside of the circuit board (see Figure 2).

The axial length of the area covered by TPV cells on each facet is 5 3. 5 mm.

The TPV cells can be electrically connected in various series/parallel configurations.

Two circuit boards bend into a semicircle to cover the 360 degree interior of a tubular Teflon housing.

The outer diameter of the fins of the current design is 8 7. 5 mm.

The outer diameter of the Teflon housing is96 mm.

There is a thermocouple epoxied to the heat sink base to monitor the cell temperature.

The current design has an 80 x 80 mm low power fan mounted on one opening of tubular housing with the air flowing in the direction of the axis of the tubular housing through the heat sinks.During operation of the current design on the ARL TPV Test Stand, TPV cell temperatures are controlled to less than 80 Celsius, but at the cost of more fan power which reduces the overall ARL experimental test stand efficiency.

Other ways to reduce the cell temperature might be improved heat sink design, integration, and attachment.

Why You Should Watch Out for This Education Startup
Obtain Full Opportunity Text:
http://grants.nih.gov/grants/guide/rfa-files/RFA-HL-22-001.html

Hong Kong is one of those places that combines all the fundamentals for social enterprise. It comprises of a global financial hub, a highly educated and innovative population, and sufficient government and business support geared to address a myriad of social problems.