With the support of many early conservationists, scientists, and other advocates, Everglades National Park was established in 1947 to conserve the natural landscape and prevent further degradation of its land, plants, and animals.

Although the captivation of the Everglades has mostly stemmed from its unique ecosystem, an alluring human story of the Everglades is deeply interwoven with its endless marshes, dense mangroves, towering palms, alligator holes, and tropical fauna. Various groups and people navigated through and wrestled with the watery landscape to make it home, and even to exploit its natural wonder at times. 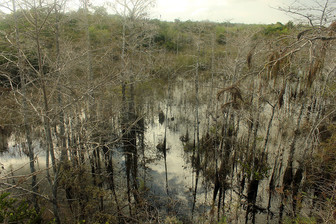 The endangered Cape Sable seaside sparrow population lies entirely within the footprint of Everglades Restoration, and is sensitive to changes. This project will determine the status and resilience...more
Posted On - 2020-04-24

The purpose of the agreement is to develop useful empirical dynamic modeling tools to guide the National Park Service, specifically scientists and managers at Everglades National park in the...more
Posted On - 2020-04-14

analyze the zooarchaeological record of the Turner River Mound Complex in Everglades National Park in order to reconstruct the paleoecology and paleoclimate of the Ten Thousand Islands region....more
Posted On - 2018-08-06

This is not a request for applications. This is a notice of intent to award funds to the Greening Youth Foundation through a task agreement issued under a previously awarded cooperative agreement...more
Posted On - 2018-04-26