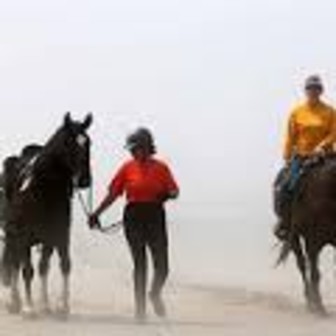 credit: Flickr
and safety program; and provisions for public use of wildlife resources.

Section 4(c) Hunter Education program could include training in the safe handling and use of firearms and archery equipment; hunter responsibilities and ethics; construction, operation, and maintenance of public shooting ranges; and basic wildlife management and identification.
Related Programs

The Wildlife Restoration program has provided a stable Federal funding source for State Fish and Wildlife agencies for over 70 years.

This funding stability is critical to the recovery of many United States' wildlife species.

Some examples of activities planned by State, Commonwealth, and territorial fish and wildlife agencies in FY 2008 include: operation and maintenance of 89 wildlife management areas in Georgia that provide approximately one million acres habitat for wildlife and related wildlife recreation such as hunting and wildlife viewing; manage hunter education and safety programs in 50 States, the U.S.

The Pittman-Robertson Wildlife Restoration Act grant programs contribute significantly to the nation's wildlife conservation and hunter education efforts annually. Already successful, the programs' accomplishments will continue to increase in the coming years because of the increased funding that is resulting. Some specific accomplishnmentts by State, Commonwealth, and territorial fish and wildlife agencies in FY 2006 include: Operations and maintenance of State facilities and wildlife management areas encompassing more than 30.3 million acres; 3.5 million acres of habitat improvements for wildlife species; 3,680 scientific research projects for wildlife species - including propagation, biology, utilization, and habitat needs; technical assistance for wildlife management provided to 47,872 private landowners; 209,237 acres of waterfowl impoundment improvements conducted for waterfowl management, and 553,788 students certified in Hunter Education.

Civil Society Besieged in Various Parts of the World

Participation is limited to State, Commonwealth, or territorial agencies with lead management responsibility for fish and wildlife resources.

States, Commonwealths, and territories must pass laws (assent legislation) for the conservation of wildlife, which include a prohibition against diversion of license fees paid by hunters for purposes other than the administration of the State, Commonwealth, or territorial fish and wildlife agency.

General Public (While direct participation is limited to fish and wildlife agencies, the general public will ultimately benefit from these wildlife conservation measures.)

States, Commonwealths, or territories must notify the Secretary of the desire to participate annually. The State, Commonwealth, or territorial fish and wildlife Director must furnish a certification of the number paid hunting-license holders. Allowable costs are determined in accordance with 43 CFR Part 12, Subpart C, &quot;Uniform Administrative Requirements for Grants and Cooperative Agreements to State and Local Governments.&quot;

Grantees will submit a grant proposal that includes a narrative statement describing the need, objectives, benefits, approach, and estimated cost for the proposed grant along with the standard application forms furnished by the Federal agency and required by 43 CFR Part 12, Subpart C, &quot;Uniform Administrative Requirements for Grants and Cooperative Agreements to State and Local Governments&quot; and Fish and Wildlife Service Manual. For further instructions and forms go to http://wsfrprograms.fws.gov/subpages/toolkitfiles/toolkit.pdf or www.grants.gov.

The Regional Director of the U.S. Fish and Wildlife Service or his designee approves or disapproves proposed grants. Regional Offices are responsible for notification of grant approval to the grantee.

Regional Directors will consider differences of opinion concerning the eligibility of proposals. Final determination rests with the Director of the Fish and Wildlife Service.

Grantees may renew projects on an annual basis if justified and if funds are available.

Apportioned funds are available for obligation for a period of two years. Balances remaining unobligated after the period of availability revert to the U.S. Fish and Wildlife Service. Any funds not obligated within two years by a State, Commonwealth, or territorial fish and wildlife agency revert to the U.S. Fish and Wildlife Service and will be spent under the provision of the Migratory Bird Conservation Act. Also, under the provisions of the Wildlife Restoration Act, the interest accumulated by Wildlife Restoration account is available to the North American Wetland Conservation program.

A Performance Report and Financial Status Report are required for each grant award annually within 90 days after the anniversary date and/or end of the grant.

In accordance with the provisions of OMB Circular No. A-133 (Revised, June 27, 2003), &quot;Audits of States, Local Governments, and Nonprofit Organizations,&quot; nonfederal entities that receive financial assistance of $500,000 or more in Federal awards will have a single or program-specific audit conducted for that year. Nonfederal entities that expend less than $500,000 a year in Federal awards are exempt from Federal audit requirements for that year, except as noted in Circular No. A-133.

Cost records must be maintained separately for each grant. Records, accounts, and supporting documents must be retained for three years after submission of the final Financial Status Report.

50 CFR 80, Hunter Education Guide, Fish and Wildlife Service Manual, Matching and cost-sharing requirements are discussed in 50 CFR 80.12, 43 CFR 12.64, and 43 CFR 12.923. Applicants can visit these regulations and guidelines at http://wsfrprograms.fws.gov/subpages/toolkitfiles/toolkit.pdf.

What’s In Store for Social Enterprises in 2015?

Where is social enterprise really headed in 2015? Heath Shackleford, founder/kick starter of Good.Must.Grow, examines the trends in the production of Fifteen for 15, a list of key trends, impact opportunities and critical challenges in store for the New Year.