To reduce the number and severity of accidents and hazardous material incidents involving commercial motor vehicles by substantially increasing the level and effectiveness of enforcement activity and the likelihood that safety defects, driver deficiencies, and unsafe carrier practices will be detected
and corrected.
Examples of Funded Projects

The Department of Transportation's mission is to ensure fast, safe, efficient, accessible and convenient transportation that meets vital national interests and enhances the quality of life of the American people, today and into the future.

Office - State-level office of the Federal Motor Carrier Safety Administration, as listed in Appendix IV of the Catalog.
Website Address

Assistance to States for the implementation of programs for the adoption and uniform enforcement of safety rules, regulations and standards compatible with the Federal Motor Carrier safety regulations and Federal hazardous materials regulations for both interstate and intrastate motor carriers and drivers.

Sports and Recreation Injuries Down to 12 percent in Youngsters

Certification by the State that it meets the conditions for grant approval. Submission of a State Plan addressing the commercial motor carrier and highway hazardous materials safety within the State. Cost will be determined in accordance with OMB Circular No. A-87 for State and local governments.

File with FMCSA Division Office an FMCSA Form MCSAP-1, which includes a certification of eligibility, and the State Commercial Vehicle Safety Plan. This program is excluded from coverage under OMB Circular No. A-110.

The amount of the basic MCSAP grant to a qualifying State will be determined by the Federal Motor Carrier Safety Administration based on the availability of funds, the eligibility of a State, and the formula set in 49 CFR 350. State will be required to sign a grant agreement.

Application for a grant must be filed with the FMCSA Division Office by August 1 of each year.

State will be notified in writing of failure to submit a satisfactory State Plan. State will have 30 days to modify and resubmit the plan.

Application for a grant must be made annually.

The MCSAP formula is described in 49 CFR 350.323 and is based on the most current approved statistics available. Most funds will be allocated each year among the States according to a formula based on four equally weighted (25 percent) factors: (1) road miles (all highways) as defined by the FHWA: (2) All vehicle miles traveled as defined by the FHWA; (3) Population - annual census estimates as issued by the U. S. Census Bureau; and (4) special fuel consumption (net after reciprocity adjustment) as defined by the FHWA. The Federal share shall not exceed 80 percent of the approved total project amount. The State must maintain the average level of expenditure of the State and its political subdivisions (not including amounts of the Government or State matching funds) for commercial motor vehicle safety programs, for enforcement of commercial motor vehicle size and weight limitations, drug interdiction, and State traffic safety laws and regulations for the 3 full fiscal years beginning after October 1 of the year 5 years prior to the beginning of each Government fiscal year . The State's share is at least 20 percent. The FMCSA shall, upon request, waive the requirement for matching funds to be provided by the Virgin Islands, American Samoa, Guam, or the Commonwealth of the Northern Marianas. Additional funds are allocated under the provisions of the Safe, Accountable, Flexible, Efficient Transportation Equity Act: A Legacy for Users.

A quarterly Activity Report is to be filed with the FMCSA Division Office.

In accordance with the provisions of OMB Circular No. A-133, Audits of States, Local Governments, and Non-Profit Organizations,&quot; nonfederal entities that expend financial assistance of $500,000 or more in Federal awards will have a single or a program-specific audit conducted for that year. Nonfederal entities that expend less than $500,000 a year in Federal awards are exempt from Federal audit requirements for that year, except as noted in OMB Circular No. A-133.

Records of all program activities covered in the State's Safety Plan and statistics pertaining to commercial motor vehicle accidents. Such records must be kept for 3 years following the year of funding.

Not less than 0.44 percent or more than 4.94 percent of available funds for basic program grants.

State-level office of the Federal Motor Carrier Safety Administration, as listed in Appendix IV of the Catalog.

The applicant must meet the statutory and administrative requirements contained in 49 CFR 350. The State Plan must provide for an effective commercial vehicle safety program. 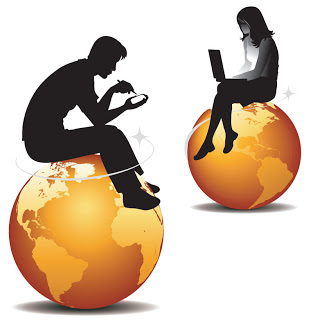 A part of a series produced by The Huffington Post in celebration of #GivingTuesday, which will take place this year on December 3, Kathy Calvin and Henry Timms vouch that we are living in a new era of philanthropy.