Establishment of a coordinated, university-based system to enhance the Nation's homeland security.

The Department of Homeland Security Centers are envisioned to be an integral and critical component of the new homeland security complex that will provide the Nation with a robust, dedicated and 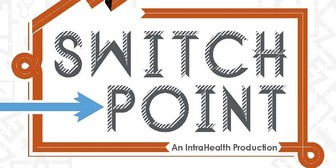 credit: SwitchPoint2014 Facebook Page
enduring capability that will enhance our ability to anticipate, prevent, respond to, and recover from terrorist attacks.

These Centers will also provide a locus to attract and retain the Nation's best and brightest academic scholars in pursuit of homeland security related disciplines.

The DHS Centers will complement other programs within the Department (including the Homeland Security Advanced Research Projects Agency) and in other Federal agencies that fund projects-focused research aimed at the development and deployment of specific homeland security technologies and capabilities.

DHS Centers may also include cooperative center arrangements with other Federal agencies, or national laboratories.
Examples of Funded Projects

Information on current DHS Centers of Excellence can be found at http://www.sciencetosecurity.org.

Support continues for the existing Centers of Excellence and five new Centers are expected to be funded in FY 2008.

Universities selected by DHS, may use grant funds for: (1) targeted research areas that leverage the multidisciplinary capabilities of universities and fill gaps in our needed knowledge and our ability to counter terrorist attacks; and (2)involve U. S. undergraduate,graduate, and post-doctoral students who are interested,dedicated and committed to making important contributions in science andtechnology endeavors that will enhance the overall security of the nation.

Obesity and High Body Weight Among Children Associated with Hypertension

Public and private colleges and universities.

Applications or plans are reviewed by DHS program and administrative staff for eligibility and responsiveness. Applications will undergo merit review by a panel of subject matter experts which may include federal and non-federal reviewers. Any issues or concerns noted in the application will be negotiated with the successful applicant prior to the award being issued.

Renewals of grant awards are based on performance, program plan, and availability of funds.

Refer to announcement/program guidance or the award document.