To enhance the ability of the State, local and tribal governments to prepare, prevent, respond to , and recover from terrorist attacks and other disasters. 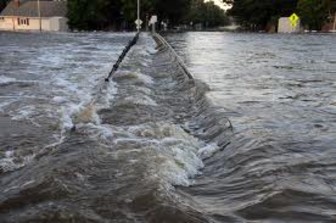 States have completed threat, vulnerability, capabilities, and needs assessments and have developed State Homeland Security Strategies. The strategies identify the needs for planning, organization, equipment, training, exercises, and technical assistance. G&amp;T is working with the States to develop assistance plans to identify Department of Homeland Security resources that can assist them in accomplishing the goals and objectives identified in their strategies.

Funds will be administered by the respective State Administrative Agency (SAA).

Each SAA shall make no less than 80 percent of the total grant program amount available to local units of government within 60 days of the receipt of funds.

The Greeks: A Long History in Philanthropy

States, as defined in the Homeland Security Act of 2002, refer to means &quot;any State of the United States, the District of Columbia, the Commonwealth of Puerto Rico, the Virgin Islands, Guam, American Samoa, the Commonwealth of the Northern Mariana Islands, and any possession of the United States.&quot; The SAA is the only agency eligible to apply for HSGP funds and is responsible for obligating HSGP funds to local units of government and designated recipients.

An applicant should consult the office or official designated as the single point of contact in his or her State for more information on the process the State requires to be followed in applying for assistance, if the State has selected the program for review.

An annual appropriation is anticipated for this program.

For more detailed formula and matching requirements on each of the individual grant programs, please refer to the current HSGP solicitation guidance.

Grantees are required to submit an Initial Strategy Implementation Plan (ISIP) within 60 days of the grant award date.

Final CAPR, BSIR, and FSR reports are due 90 days after the expiration or termination of grant award, whichever occurs first.

For regulations and guidelines, please refer to the solicitation guidance and application kit.