Government Grants Within the United States Food and Nutrition Sector

Food and Nutrition is one of the largest, most essential sectors of any government around the world. The supply and demand of food products is essential in any economy, much less in any healthy and thriving community.

The issue of food and nutrition is considered as one of the most essential components of a successful community as it makes up most of a person's daily life. The United States understands this, which is why it has created several governmental agencies that are tasked solely to support and consolidate food and nutrition-related concerns.

On top of the list is the National Institute of Food and Agriculture, otherwise known as NIFA. Established in the year 2008, the agency was specifically designed to consolidate all federally-funded agricultural research, and will be subordinate to the Department of Agriculture.

The mission of the NIFA is to "stimulate and fund the research and technological innovations that will enhance American agriculture and make it more productive and environmentally sustainable while ensuring the economic viability of agriculture and production."   (continued...)

Urban Rehabilitation Homeownership Program for Homebuyers in Connecticut
The Connecticut Housing Finance Authority, otherwise known as CHFA, is an independent quasi-public housing agency operating within the State of Connecticut that was established in 1969 in an effort to lessen or alleviate the hurdles regarding the lack or insufficient supply of affordable housing opportunities for Connecticutâ€™s low- and moderate-income families and individuals.

Government Grants Within The United States Health Sector
The health care system in the US is as diverse as it is all-encompassing. A huge number of health care facilities are now owned by private sectors while a huge chunk of health insurance plans are primarily provided by the government in the public sector. 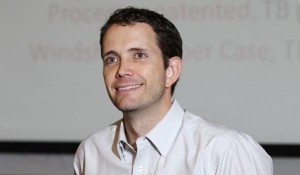