The Yakima River Basin Water Enhancement Project (YRBWEP) legislation (Public Law 103-434, Title XII) was passed by Congress in 1994 after a series of droughts curtailed water supplies for irrigation and fish and wildlife purposes. 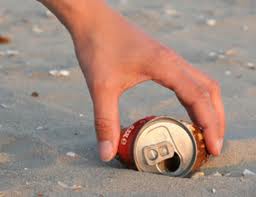 How's Your Community Doing?
Check Out it's
Community Vital Signs
to improve the reliability of the water supplies for irrigation as well as fish and wildlife enhancement.

In 2013, the Yakima Basin Integrated Water Resource Management Plan (Integrated Plan) was completed by Reclamation and stakeholders to further the goals of the YRBWEP legislation.

Kittitas Reclamation District (KRD) canal modifications to reduce seepage and enhance tributary flows were specifically listed as priority projects in the Record of Decision in the Integrated Plan.

Following the provisions of the Basin Conservation Program, KRD completed a Water Conservation Plan in 1999 and an addendum was completed in 2002 to address items suggested by the Feasibility Investigation Team.

This included long-term rehabilitation of conveyance facilities, including South and North Branch canal lining, and north and south branch re-regulation reservoirs, and piping 67 miles of laterals.

The plan with the addendum was adopted by the District in 200 2. KRD has completed a portion of the south branch canal lining with 100% conserved water put into Manastash Creek.

KRD also has completed a portion (Phase I) of the North Branch lining in April 2017 as identified in the 2002 plan.

This Water Conservation Plan was reviewed and accepted for Feasibility Investigation by Reclamation and Ecology.

The study and implementation of its selected measures are authorized under Section 1207(d) and (e) of Title XII of the October 31, 1994, Public Law 103-434, Yakima River Basin Water Enhancement Project.

The funding requested would pay for the engineering services and construction of the remaining North Branch Canal Lining Project-Phase II.

Installing concrete over a geomembrane liner in this section would conserve 2,773 acre-feet of irrigation water.

The saved water would be delivered to tributaries of the Upper Yakima River (including Manastash Creek) from the KRD canal system under an agreement between the KRD, Bureau of Reclamation, and others including the Yakama Nation, which has treaty-reserved water rights for fish.

RECIPIENT INVOLVEMENT The purpose of this project is to install a geomembrane liner with an overlay of concrete on approximately 14,169 feet ( 2. 68 miles) of earthen canal prone to high seepage loss.

The work will be performed on the North Branch Canal.

With this Financial Assistance KRD will:
•Perform all site preparation work necessary for site access and improvements.

•Secure all permits necessary to perform the work, including but not limited to, a water right permit, building permit, and conditional use permit or equivalent.

•Work with Federal and state agencies to monitor effectiveness of project.

Additional Information of Eligibility:
Other Eligible Applicants include the following: Eligible Agencies of the Federal Government; Faith-based or Community-based Organizations; Indian/Native American Tribal Governments (Other than Federally Recognized); Non-domestic (non-U.S.) Entities (Foreign Institutions) are not eligible to apply.