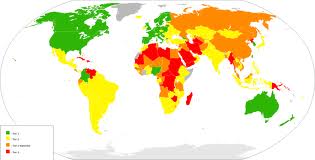 
and northeastern states in October 2012, and particularly devastated transit operations in New Jersey and New York.

FTA will distribute these funds in a manner consistent with the eligibility requirements of this program on a non-competitive basis, subject to the priorities set forth below.

113-2) was enacted on January 29, 2013, and provides $1 0. 9 billion for FTAs Emergency Relief Program for recovery, relief and resiliency efforts in areas affected by Hurricane Sandy.

The law provides that not more than $2 billion shall be made available no later than March 30, 201 3. The remainder of the appropriated funds shall be made available only after FTA enters into a Memorandum of Agreement with the Federal Emergency Management Agency (FEMA) as required by section 20017(b) of the Moving Ahead for Progress in the 21st Century Act (MAP-21, Pub.

112-141), and FTA issues interim regulations for the Emergency Relief Program, both of which are underway.

532 4. With the authorization of this program, Congress provided FTA with primary responsibility for reimbursing emergency response and recovery costs after an emergency or major disaster that affects public transportation systems.

The Emergency Relief Program allows FTA to make grants for eligible public transportation capital and operating costs in the event of a natural disaster, such as a hurricane, that affects a wide area.

Numerous counties in these States have been designated as eligible for FEMA assistance under the major disaster declarations.

Public transportation agencies in the affected areas as defined by these Presidential declarations, including any declarations related to Hurricane Sandy made after the date of this notice, are eligible for Emergency Relief funding.

This notice announces grant funding for the $2 billion made available immediately by the Disaster Relief Appropriations Act to States, local governmental authorities, Indian tribes, and other FTA grant recipients that provide public transportation service in the above impacted States for reimbursement of capital costs to repair, reconstruct, or replace equipment and facilities of a public transportation system that has suffered serious damage as a result of Hurricane Sandy.

FTA has identified three categories of projects for funding for this notice:
Category One projects will reimburse eligible expenses affected FTA recipients incurred and disbursed on or before January 29, 2013, in preparation for or response to Hurricane Sandy.

Category Two projects will fund existing contractual commitments and contracts for which an affected recipient issued requests for proposals or invitations to bid for hurricane response and recovery projects on or before January 29, 201 3. Category Three projects will fund ongoing force account work for hurricane response and recovery for which the recipient can submit documentation showing the expense was in the recipients budget on or before January 29, 201 3.
Related Programs

A Booklist for Budding Social Entrepreneurs

Adam Braun, founder of Pencils of Promise, is giving nonprofits a no-nonsense way to bring entrepreneurship to the next level. Pencils of Promise is a philanthropic organization that focuses on forming sustainable educational programs, and forging long-lasting, partnerships with communities. The organization aims to increase access to quality education and impact students and their families in high-need communities throughout Laos, Ghana and Guatemala.

Government Grant from Department of Transportation