The Affordable Care Act, signed into law on March 23, 2010, established a new Health Insurance Marketplace (Marketplace), that has enabled millions of individuals to obtain and purchase affordable health coverage. 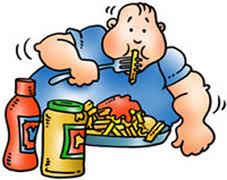 How's Your Community Doing?
Check Out it's
Community Vital Signs
with the health coverage options that best meet their needs while maximizing electronic data exchanges and other technology to reduce the application burden.

Some of the features of the Marketplace include:
1) the option for eligible individuals to apply for affordable health coverage programs (Medicaid, the Childrenâs Health Insurance Program (CHIP), premium tax credits and cost-sharing reductions); and 2) enabling individuals and families to apply for coverage using a single streamlined application.

The need for outreach efforts continues in order to ensure that the public, including minority populations, understand these health insurance options and receive the assistance they need to obtain coverage through the Marketplace as smoothly as possible.

Since its enactment, the Affordable Care Act has reduced the number of uninsured and the overall costs of health care.

However, racial and ethnic minority remain at disproportionate risk of still being uninsured.

For the purpose of this announcement, âminority populationsâ are American Indian, Alaska Native, Asian, Black or African American, Hispanic or Latino, Native Hawaiian and other Pacific Islanders, consistent with the Standards for Classification of Federal Data on Race and Ethnicity.

As of 2011, nonelderly Hispanics had the highest uninsured rate, with nearly one in three lacking coverage (32%), followed by American Indians/Alaska Natives (27%), Blacks (21%), and Asians/Pacific Islanders (18%), all of whom are more likely than Whites (13%) to be uninsured.1 Since then, minority populations have significantly benefited from the Affordable Care Actâs expansion of health coverage.

As of June 2014, 1. 7 million African Americans and 2. 6 million Latinos (ages 18-64) gained health insurance coverage since the start of the Affordable Care Act initial open enrollment period in October 201 3. 2 Yet, racial and ethnic minority populations remain disproportionately uninsured and lack access to quality health services, often due to cultural and linguistic barriers.The actions under the PICC II Initiative will provide funding to successful applicants to educate various populations, including racial and ethnic minority populations and those that are economically and environmentally disadvantaged (see Appendix A), and to assist them with completion of the Marketplaceâs streamlined health insurance application to determine their eligibility to purchase a health insurance plan offered through the Marketplace or for Medicaid and the Childrenâs Health Insurance Program (CHIP).

Services under the PICC II Initiative will not be denied to any person based on race, color, or national origin.Successful applicants will have established relationships with coalitions/partners and have a demonstrated track record of working with racial and ethnic minority populations including those that are economically and environmentally disadvantaged to develop and implement a strategy to educate eligible target population(s) about the Affordable Care Act, the Marketplace and the application process.

Applicants in states in which the Federally Facilitated Marketplace (FFM) does not operate may also apply for these funds.

However, they must work with the State-based Marketplace (SBM) in their state to receive training and educational materials.

Successful applicants in states in which the FFM operates must use materials developed by the Centers for Medicare & Medicaid Services (CMS) on the Affordable Care Act, the Marketplace, and the Marketplace application process to ensure that the information given to the targeted populations is correct.

Overall outreach efforts and assistance offered in completing the application must be culturally and linguistically appropriate.

The applicants that receive an award must assist any consumer seeking assistance, even if that consumer is not a member of the group they stated they expect to serve in their funded proposal.
Related Programs

Made in the Future: How Technology Could Transform Our Lives in a Decade

Additional Information of Eligibility:
Eligible applicants that can apply for this funding opportunity are listed below: · Nonprofit with 501(c)(3) IRS status (other than institution of higher education) · Nonprofit without 501(c)(3) IRS status (other than institution of higher education) · For-profit organizations (other than small business) · Small, minority, and women-owned businesses · Universities · Colleges · Research institutions · Hospitals · Community-based organizations · Faith-based organizations · Federally recognized or state-recognized American Indian/Alaska Native tribal governments · American Indian/Alaska Native tribally designated organizations · Alaska Native health corporations · Urban Indian health organizations · Tribal epidemiology centers · State and local governments or their Bona Fide Agents (this includes the District of Columbia, the Commonwealth of Puerto Rico, the Virgin Islands, the Commonwealth of the Northern Mariana Islands, American Samoa, Guam, the Federated States of Micronesia, the Republic of the Marshall Islands, and the Republic of Palau) · Political subdivisions of States (in consultation with States) Important Note: Funds awarded under this opportunity may not be used by the grantee or any of its sub-recipients to carry out activities funded through other HHS grants or from a State-based Marketplace for similar outreach, education and enrollment assistance efforts.

The Hermit House for Sustainable Dwelling

The Cloud Collective, an international network of design professionals dedicated to delivering sustainable and green spaces, have conjured a sustainable way to retreat into nature: Hermit Houses.