The National Sea Grant College Program (Sea Grant) was enacted by U. S. Congress in 1966 (amended in 2020, Public Law 116-221) to support leveraged federal and state partnerships that harness the intellectual capacity of the nation’s universities and research institutions to solve problems and 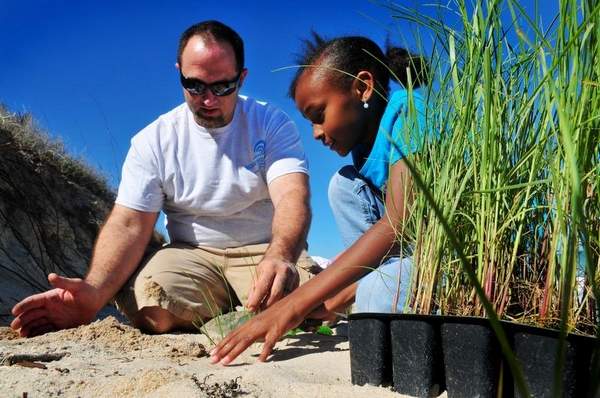 The American lobster (Homarus americanus) is one of the most iconic modern American fisheries.

It is one of the largest and most valuable fisheries along the Atlantic coast.

In 2018, the American lobster fishery was the highest valued species group for U. S. commercial fisheries and seafood industries, valued at $684 million dollars.

While lobster landings continue to remain above historical averages, NOAA Fisheries data showed a 15% decline in pounds of American lobster landed in 2019 from the data collected the previous year.

The 2020 Atlantic States Marine Fisheries Commission Lobster Benchmark Stock Assessment found the stock in the Gulf of Maine/Georges Bank to be healthy but uncertainty about its future remains as the Gulf of Maine continues to warm rapidly.

The assessment for the southern New England lobster fishery showed that the fishery was depleted, and found no projection of a resurgence.A growing body of research has shown the influence of environmental factors, particularly water temperature, on the American lobster’s life history and its population dynamics.

From southern New England through downeast Maine the environmental conditions for the range of the American lobster are dynamic and changing quickly.

Increased understanding of the rate and scale of these changes are important for the management of this commercial industry whose ex-vessel value was nearly $630 million dollars in 201 9. As the fishery adapts to the effects of environmental change, teams of researchers, as well as research partnerships between state agencies, academia, and/or industry are needed to understand the potential ecological and economic implications of those changes for the ecosystem and the fishing communities that rely on the resource.

In FY21, the American Lobster Research Program will support teams of researchers and will strongly encourage research partnerships between state agencies, academia, and/or industry to address critical gaps in knowledge about how the American lobster and how its fishery is being impacted by environmental change.

Additional Information of Eligibility:
The following entities are eligible and encouraged to participate in this funding opportunity, in conjunction with a Sea Grant program: any individual; any public or private corporation, partnership, or other association or entity (including any Sea Grant College, Sea Grant Institute or other institution); or any State, political subdivision of a State, Tribal government or agency or officer thereof.

Federal agencies and their personnel are not permitted to receive federal funding under this competition; however, federal scientists and other employees can serve as uncompensated partners or co-Principal Investigators on applications.

Federal labs and offices can also make available specialized expertise, facilities or equipment to applicants but cannot be compensated under this competition for their use, nor can the value of such assets be used as match.